HMD Global on Sunday took the wraps off the Nokia 3.2 and Nokia 4.2 smartphones at a press event in Barcelona ahead of the Mobile World Congress (MWC) 2019. These affordable Android Pie smartphones are part of the Google's Android One programme and come with features like artificial intelligence (AI)-powered camera capabilities, Face Unlock, a waterdrop-style notch. Additionally, the new Nokia phones have two interesting additions that were not present in the previous generation Nokia phones – a dedicated button for Google Assistant and notification light in the power button.

In terms of the colour options, the Nokia 3.2 will be offered in Black and Popular Steel colour, whereas the Nokia 4.2 will reach the stores in Pink Sand and Black colours.

The Nokia 3.2 sports a 6.26-inch HD+ (720x1520 pixels) resolution and 19:9 aspect ratio in polycarbonate chassis. The phone is powered by quad-core Qualcomm Snapdragon 429 SoC and packs 2GB or 3GB of RAM depending on the variant. Additionally, HMD Global included 16 or 32GB of inbuilt storage, once again depending on the variant, expandable via microSD card (up to 400GB) on the Nokia 3.2. In terms of the imaging capabilities, the smartphone comes with single 13-megapixel sensor with an f/2.2 autofocus lens on the back and a 5-megapixel fixed-focus selfie shooter on the front with an f/2.2 lens.

There is 4,000mAh battery on board, which the company claims can last up to two days. The Nokia 3.2 also includes a 3.5mm audio jack and a Micro-USB port. The 32GB variant of the Nokia 3.2 also sports a fingerprint sensor, which is missing in the 16GB version. 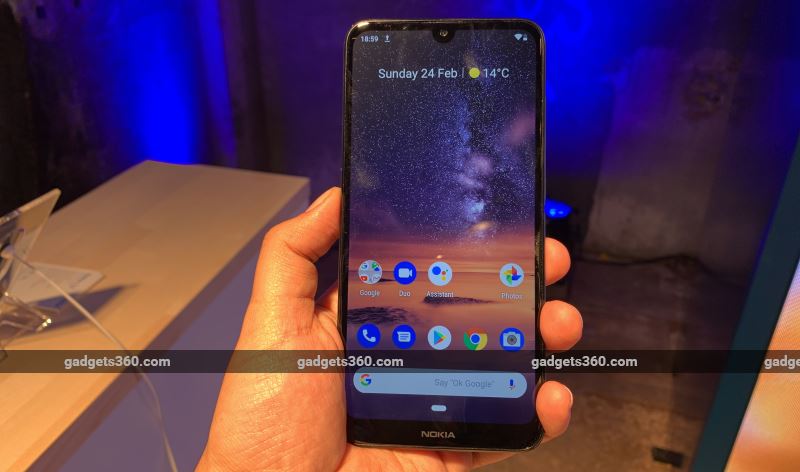 Nokia 3.2 32GB variant packs a fingerprint sensor on the back

Nokia 4.2 sports 2.5D glass on both front and back with a polycarbonate frame and metal internal structure. The phone features a 5.71-inch HD+ (720x1520 pixels) resolution and 19:9 aspect ratio. It is powered by octa-core Qualcomm Snapdragon 439 SoC. It is available in two variants - 2GB RAM/ 16GB storage, and 3GB RAM/ 32GB storage. The storage is expandable via microSD card (up to 400GB) on board as well for further storage expansion. 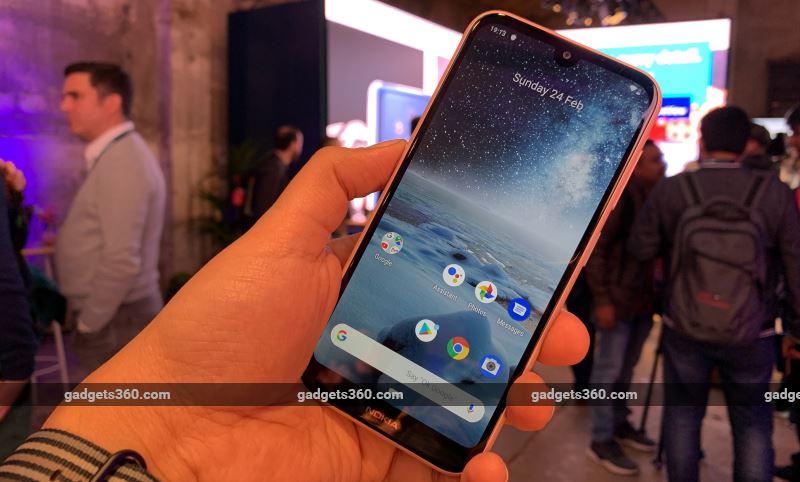 Nokia 4.2 sports 2.5D glass on both front and back

In terms on the camera capabilities, the Nokia 4.2 houses a dual-camera setup on the back with 13-megapixel primary sensor with an f/2.2 autofocus lens and a secondary 2-megapixel sensor with fixed-focus lens.