Nokia 3.1 Plus comes in Blue, White, and Baltic colour options

After Nokia 6.1 Plus and Nokia 5.1 Plus, Nokia brand licensee HMD Global on Thursday launched the Nokia 3.1 Plus as its new affordable offering. The latest Nokia smartphone that comes as a successor to the Nokia 3.1, which launched in May this year, features a 6-inch HD+ IPS display and is powered by an octa-core MediaTek Helio P22 SoC. HMD Global has also offered a dual rear camera setup to attract customers. Further, the other headline features of the Nokia 3.1 Plus include its 3,500mAh battery, and an 8-megapixel selfie camera. The smartphone is also a part of Google's Android One programme that is aimed to offer guaranteed monthly security updates for three years and OS updates for two years. Alongside the Nokia 3.1 Plus, the Finnish company also brought the Nokia 8110 4G 'Banana' phone.

Nokia 3.1 Plus price in India

The Nokia 3.1 Plus price in India has been set at Rs. 11,499 for the 3GB RAM and 32GB storage variant. It's been given a global average price of EUR 159 (roughly Rs. 13,600). The price of the model featuring 2GB RAM and 16GB storage will be available is yet to be revealed. The smartphone will go on sale starting October 19 through all major offline stores and the online Nokia store in Blue, White, and Baltic colour options. HMD Global has additionally tied up with Bharti Airtel to bundle free 1TB data on plans above Rs. 199. 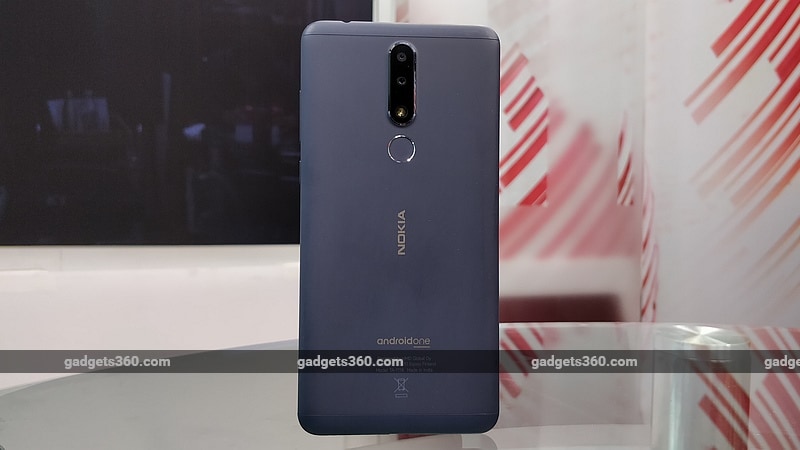 Sensors on board the Nokia 3.1 Plus include an accelerometer, ambient light sensor, e-compass, fingerprint sensor, gyroscope, and proximity sensor. Besides, the smartphone packs a 3,500mAh battery and measures 156.68x76.44x8.19mm.

Editor's note: A previous version of this copy incorrectly mentioned that the 2GB RAM variant was priced at Rs. 11,499. HMD Global has since clarified the pricing. The error is regretted.