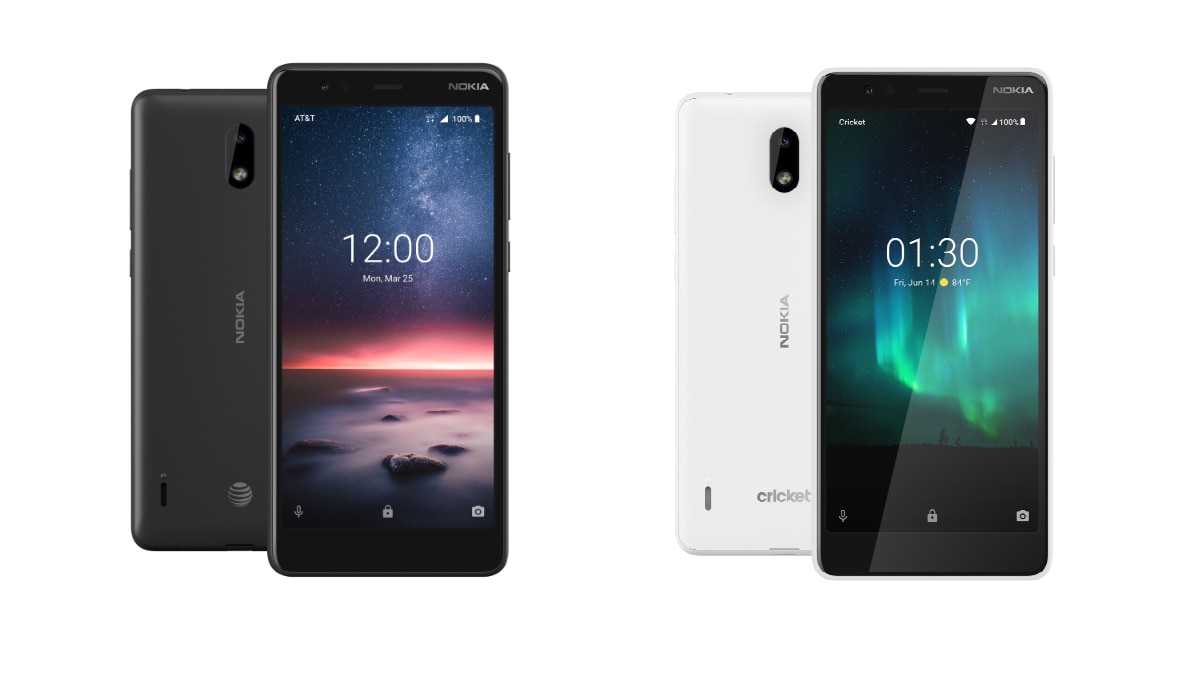 HMD Global has announced the launch of two new Nokia smartphones for the US market. First is the Nokia 3.1 A, which will be available for customers on AT&T, while the other one is the Nokia3.1 C, that will be exclusive to AT&T's subsidiary, Cricket Wireless. And while both the phones do share their names with the Nokia 3.1 that was announced in May last year, they have nothing in common with the original as they come with upgraded specifications and software.

The Nokia 3.1 A will be available in a Black colour option at select Walmart stores starting June 10, 2019. On the other hand, the Nokia 3.1 C will be available in a White colour option in Cricket Wireless stores and CricketWireless.com starting June 14, 2019. Pricing of both the new Nokia smartphones have not been revealed yet but details will be made available on the day of their launch on their respective carriers.

Both the new smartphones, Nokia 3.1 A and Nokia 3.1 C, apart from their names, are totally identical to each other in terms of everything. HMD Global in a statement revealed both the smartphones sport a 5.45-inch IPS display that has an HD+ resolution and comes with an aspect ratio of 18:9.

Powered by the Qualcomm Snapdragon 429 SoC, both the Nokia 3.1 A and Nokia 3.1 C come with Android 9.0 Pie out of the box with features such as Adaptive Brightness and Adaptive Battery. At the rear, both smartphones have an 8-megapixel autofocus camera with LED flash that comes with a new feature called Motion Photos, that will let the users capture a quick short video the moment they click the shutter button to snap a photo. Additionally, there's 32GB of inbuilt storage that is expandable via a microSD card.