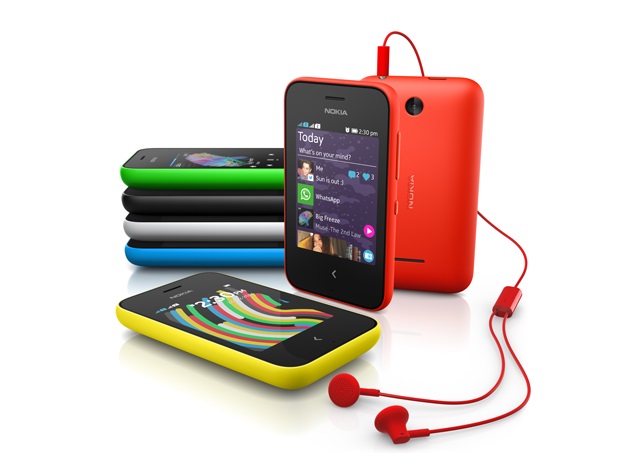 The Finnish giant has announced that the Nokia 220 feature phone will be available in select markets at 29 euros (excluding taxes or operator subsidies), which translates to roughly Rs. 2,500, while the Nokia Asha 230 has been priced at 45 euros (Rs. 3,900 approximately). 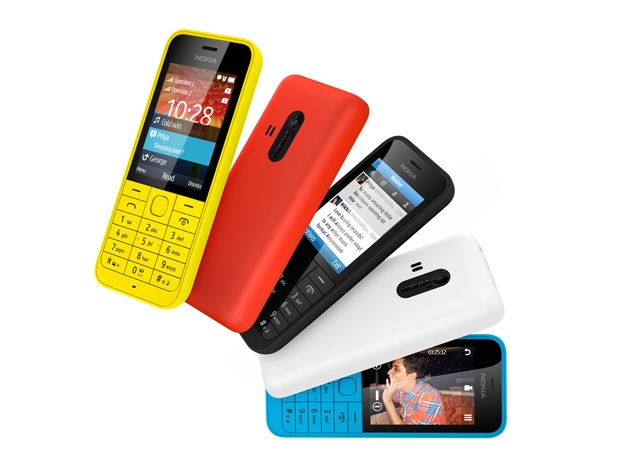 The company notes that the Nokia 220 has been built on the success of the Nokia 110 budget phone. The Nokia 220 features a 2.4-inch QVGA LCD display. It sports a 2-megapixel rear camera and also supports expandable storage up to 32GB microSD card. Connectivity options on the phone include Micro-USB and Bluetooth.

The Nokia 220 packs an 1100mAh battery, which according to the company delivers up to 15 hours of talktime and up to 24 days of standby time (dual-SIM model). The Nokia 220 comes in five colour variants: Black, Cyan, Red, White and Yellow.

On the other hand, Nokia is touting the Asha 230 to be the most affordable Asha touch device in company's line-up. The Nokia Asha 230 features a 2.8-inch QVGA (240x320 pixels) display and supports up to 32GB microSD card.

The Nokia Asha 230 features the Fastlane UI, which shows notifications on to the home screen of the device. The phone comes preloaded with apps such as WhatsApp, Facebook, Twitter, LINE and WeChat. It comes in six colour options: Bright Red, Bright Green, Black, Cyan, White, and Yellow.

Nokia also unveiled its first-ever smartphones based on the Android Open Source Project (AOSP), that can run Android apps and are powered by Microsoft and Nokia services at MWC 2014.