Nokia 2.2 will be available with a promotional pricing until June 30. 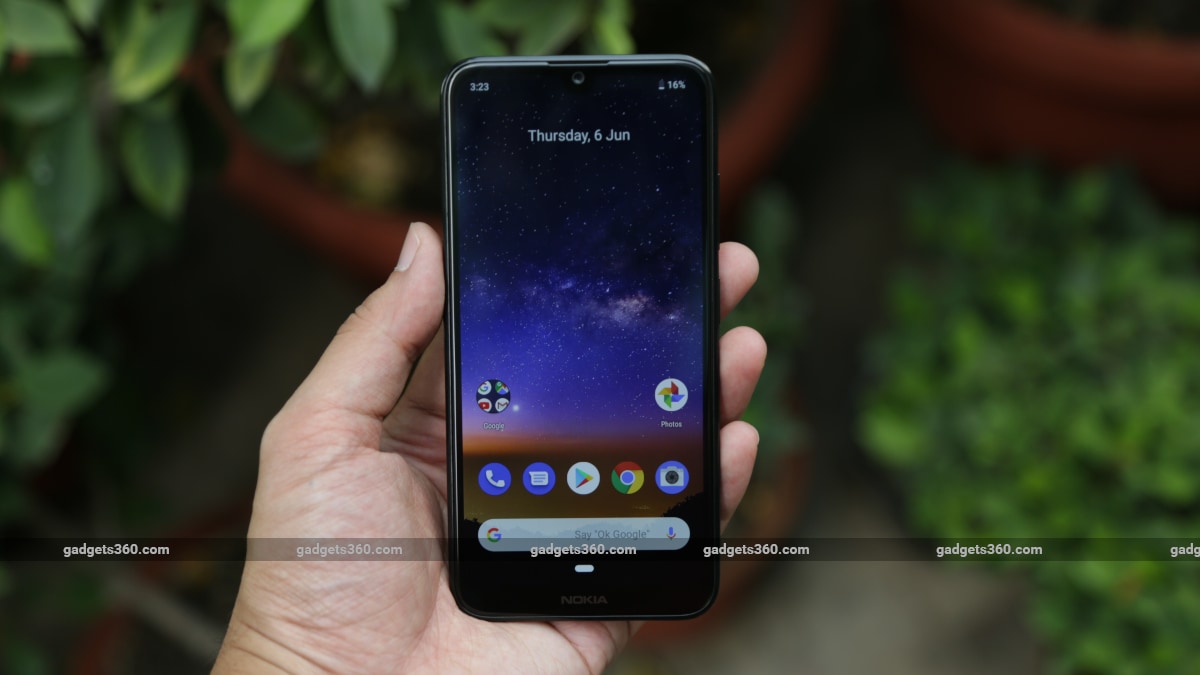 Nokia 2.2 is here. HMD Global, the Nokia mobile brand licensee, on Thursday announced the new Nokia 2.2 smartphone at a press event in New Delhi. Part of the company's budget lineup, the Nokia 2.2 is an Android One smartphone, unlike its predecessor Nokia 2.1, which was based on Android Go platform. It runs on Android 9 Pie and the company claims it will be the “fastest ticket to Android Q in this price tier” for the consumers. The phone also packs the Digital Wellbeing features, including the Dashboard, App Timers, Wind Down, and the improved Do Not Disturb.

Like most of HMD Global's other Nokia phones released this year, Nokia 2.2 features a dedicated Google Assistant button. The button supports Google Assistant walkie-talkie feature, which is activated when the button is long pressed. The Nokia 2.2 also brings AI-powered imaging experience, which will be available on both front and rear cameras, to help the consumers take great photographs. Among the AI camera tweaks is the company's low-light fusion technology to help in poor lighting situations.

Among other features, Nokia 2.2 comes with Google Lens support and Face Unlock feature, which is said to include “liveliness detection” for added security. The phone is made out of coloured polycarbonate with glossy nano-coating and will be competing with the likes of Realme C2, Realme C1, Infinix Smart Plus 3, and Asus ZenFone Max M1 in the country.

The phone's global starting retail price has been set at EUR 99 (roughly Rs. 7,700). The company notes it will be offering the new Nokia phone in Steel and Tungsten Black colours.

HMD Global will also be releasing Xpress-on covers for the Nokia 2.2 in Pink Sand, Forest Green, and Ice Blue colours.

Nokia 2.2 comes with a single 13-megapixel camera on the back

The dual-SIM (Nano) Nokia 2.2 runs on Android 9 Pie and sports a 5.71-inch HD+ screen with 19:9 aspect ratio and a waterdrop-style notch (HMD Global calls it a discreet selfie-notch). The display supports a maximum brightness of 400 nits. Nokia 2.2 is powered by quad-core MediaTek Helio A22 SoC, clocked at 2GHz, and paired with up to 3GB of RAM.

On the imaging front, the new Nokia phone packs a single 13-megapixel rear camera with an f/2.2 lens and single LED flash. There is a 5-megapixel front-facing shooter onboard as well. Among other specifications, you will get a 3,000mAh battery with 5W charging support, up to 32GB of onboard storage, and a microSD card slot (up to 400GB).

“With the Nokia 2.2, we've brought the pinnacle of AI experiences to more people than ever before,” said Juho Sarvikas, Chief Product Officer, HMD Global, in a statement. “And including features like biometric face unlock with liveliness detection adding extra security to your phone, AI imaging, Google Lens and Google Assistant at the press of a button, we aim to revolutionise the way our fans interact with the phone.”