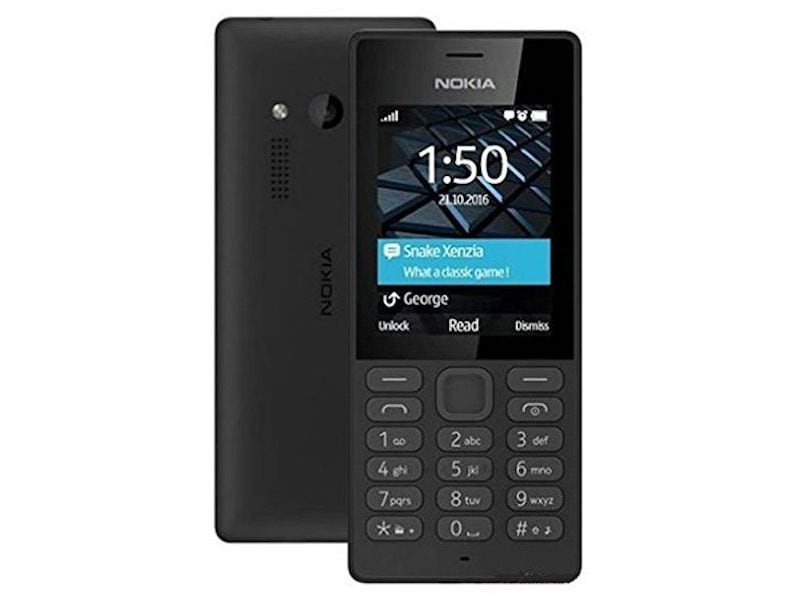 The Nokia 150 Dual SIM features a polycarbonate shell which is offered in a choice of Black or White on Flipkart and only Black on Amazon India. The feature phone sports a 2.4-inch QVGA (240x320 pixels) display and runs on Nokia Series 30+ operating system. The phone offers an expandable storage via microSD card (up to 32GB).

The Nokia 150 Dual SIM houses a 1020mAh battery which claims to offer up to 22 hours of battery life with a standby time of up to 25 days. The phone measures 117x50x13mm and weighs around 82 grams. Additional features include an MP3 player, FM radio, Bluetooth v3.0 with SLAM, and a VGA camera with an LED flash.

The Nokia 150 Dual SIM feature phone is expected to come with pre-loaded with Snake Xenzia, and the try-and-buy version of Nitro Racing by Gameloft2, based on what HMD Global had said at the time of announcement.

HMD Global recently unveiled a slew of Nokia-branded devices at MWC 2017 including the first set of Android-powered Nokia smartphones with Nokia 3, Nokia 5 and Nokia 6. The company also added a dash of nostalgia by announcing a redesigned Nokia 3310, which is expected to launch ahead of the Android phones.

The company also confirmed on Friday that the Nokia 3, Nokia 5 and Nokia 6 smartphones will launch in the second quarter (April - June) in 120 markets including India at the same time at "affordable prices".

WhatsApp Text Status Comes Back to iPhone as 'About': How to Get and Use It
British Teenager Points Out Error in NASA Data