The Redmond giant on Monday announced that both the handsets will first be available in countries including China, Pakistan, and Nigeria. Meanwhile, the phones will be rolling out to more markets over the coming weeks. However, the company did not reveal names of the countries getting the feature phones next.

Microsoft announced the roll-out on the Conversations blog and noted, "The Nokia 130 is a perfect device for people young and old alike who are looking for their first mobile phone, or for those looking for a rock-solid backup phone to use alongside their smartphone." 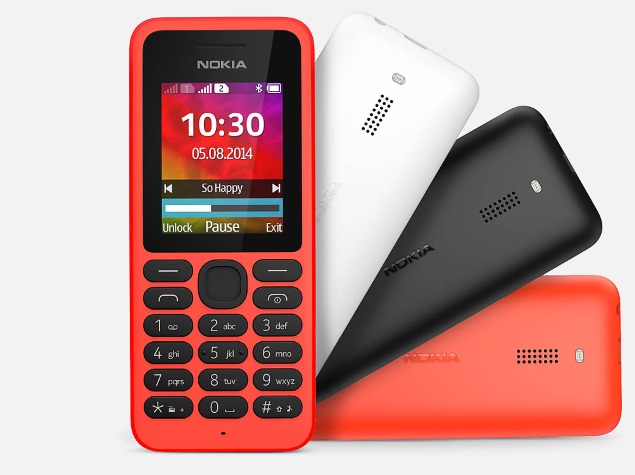 The 1020mAh battery on the Nokia 130 and Nokia 130 Dual SIM is rated to offer a standby time of up to 36 days and 26 days respectively. With physical keypad and 4-way navigation key, as well as a flashlight, both Nokia 130 phones come with a built-in video player, MP3 player and FM radio.

The phone additionally supports storage expansion up to 32GB via microSD card. While both Nokia 130 and Nokia 130 Dual SIM measure 106x45.5x13.9 mm, they weigh 68.6 grams and 67.9 grams respectively. Connectivity options for the Nokia 130 phones include 2G network support, Bluetooth 3.0 (with Nokia's Slam technology) and Micro-USB for connection and charging.

Announced in August, the launch of the Nokia 130 and Nokia 130 Dual SIM came as a surprise considering that the company along with the discontinuation of the Nokia X series of Android smartphones had confirmed its decision to abandon Nokia's Asha and Series 40 phones.

An earlier report quoted Corporate Vice President of Microsoft Devices Group, Jo Harlow who hinted that with the help of the Internet-connected phones like Nokia 130 and Nokia 130 Dual SIM, the company can utilise and introduce services like Bing and OneDrive to more customers.