Nokia 1 Plus comes in Black, Blue, and Red colour options

Nokia 1 Plus was launched at HMD Global's pre-MWC conference in Barcelona on Sunday. As an upgrade over the Nokia 1, the Nokia 1 Plus runs Android 9.0 Pie (Go edition) out-of-the-box and comes with a quad-core MediaTek processor. The Nokia 1 Plus also comes in multiple colour options to attract young audiences. Alongside the Nokia 1 Plus, HMD Global also brought the all-new Nokia 210 feature phone. The feature phone comes preloaded with an Internet browser, App Store, and a list of social apps. CEO Florian Seiche at the conference highlighted HMD Global emerged as the number one player globally in the feature phone market -- both in terms of value and volume. Seiche also mentioned the Nokia 3310 and Nokia 8110 feature phones that debuted as the nostalgic offerings in the past had over 10 million users across the globe.

The Nokia 1 Plus price has been set at $99 (roughly Rs. 7,000). The phone will go on sale in the global markets starting March in Black, Blue, and Red colour options.

The Nokia 1 Plus runs Android 9.0 Pie (Go edition) out-of-the-box and features a 5.45-inch FWVGA IPS display along with an 18:9 aspect ratio. Under the hood, there is a quad-core MediaTek MT6739WW SoC, coupled with 1GB of RAM. 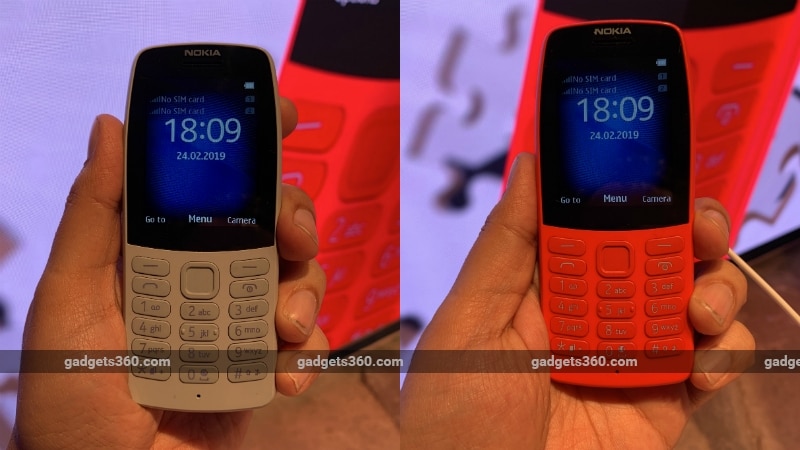 Coming as an upgrade to the original Nokia 1, the Nokia 1 Plus has 8GB and 16GB of onboard storage options that both are expandable via microSD card support. Connectivity options on the handset include Wi-Fi, Bluetooth, GPS/ A-GPS, Micro-USB, and a 3.5mm headphone jack. Lastly, the handset packs a 2,500mAh battery.

The dual-SIM (Nano) Nokia 210, on the other hand, runs S30+ operating system and features a 2.4-inch QVGA (240x320 pixels) display. The phone has a VGA camera sensor at the back along with an LED flash. Besides, it packs a 1,020mAh battery and supports FM radio.

The Nokia 210 comes preloaded with the Opera Mini browser. Also, there is an App Store to let users easily download apps and ringtones. There is additionally the iconic Snake game.