Nokia 1 May Have Been Spotted in Newly Leaked Photos 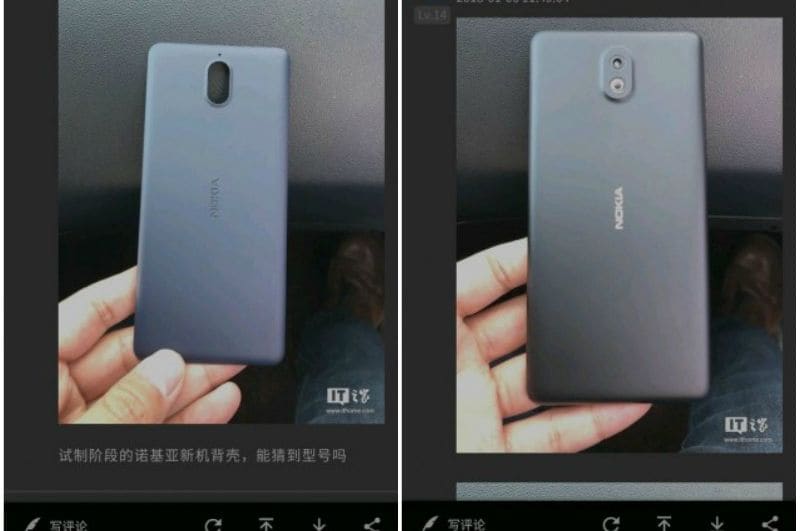 It was recently reported that HMD Global is working on its first Android Go smartphone, likely to be called Nokia 1. An entry-level handset, this model will run the stripped-down version of Android Oreo, and will come with apps that consume fewer resources, such as Google Maps Go, Files Go, Google Go, etc. The Nokia 1 will be positioned below the Nokia 2, and is expected to unveil in late February, at Mobile World Congress. Now, a new leak might have given us a look at the Nokia 1 design.

On China’s Baidu, a user has posted two images that are expected to be of the Nokia 1 smartphone. Both images show only the back panel of the device, though there is one major difference between the two. The camera and LED lens on one image is covered by a polycarbonate, while in the other photo, the module is surrounded by glass. This suggests HMD Global is still in the process of deciding the final Nokia 1 design, and is considering at least two prototypes.

Other than the difference in the camera module design, both photos show the Nokia 1 may feature rounded corners, and a polycarbonate back panel with the Nokia logo in the middle. As always, since there is no official word, readers are advised to take this leak with a pinch of salt.

According to an earlier leak, Nokia 1 will be among the first Android Go smartphones, and will be priced at RUB 5,990 (approximately Rs. 6,670). It is said to have an HD (720x1280 pixels) IPS display, 1GB of RAM, and 8GB of onboard storage. It is expected to launch alongside the Nokia 4 and Nokia 7 Plus at MWC 2018 in Barcelona.

HMD Global recently took the covers off the new Nokia 6 (2018) smartphone, a follow-up to the Nokia 6 model launched last year. The company is also expected to unveil its flagship smartphone – likely to be named Nokia 9 – at an event on January 19, alongside the Nokia 8 (2018) model.