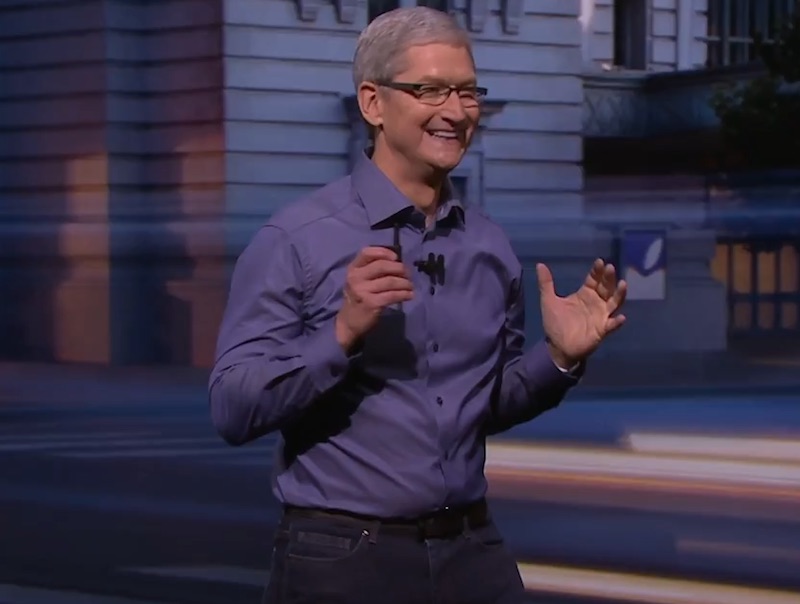 Long before Apple introduced the iPad Pro, a rumour stated that the company was planning to make an operating system that is a cross between OS X and iOS and it will power a forthcoming large tablet. The idea that one day Apple would converge the best of portability and productivity, and leverage a single massive ecosystem of apps, lends itself to the concept of a new operating system. That obviously wasn't the case with the 12-inch iPad Pro which runs iOS, and now there's a confirmation that it is never going to happen.

Apple doesn't intend to converge iOS and OS X into one operating, said the company's chief Tim Cook. "We don't believe in having one operating system for PC and mobile... these operating systems do different things," Cook said at the Boxworks conference in San Francisco. "We have no intention to blend them."

The question was asked by Box CEO Aaron Levie. Further elaborating his answer, Cook pointed out that PCs and mobile devices are just not the same - their adoption rate isn't same, and what people use them for and how they want to use them are not same. Besides, Apple is very happy with iOS' Handoff feature that allows users to work on the same documents across devices without having to manually open them again on a different device. Cook said that this is the kind of computing experience that Apple believes in. "You want these things to work seamlessly," Cook said.

As the tablet becomes a laptop replacement device, many companies are trying to figure out a way to merge a mobile operating system - and its support for touch-enabled capability, into a full-fledged desktop operating system. Microsoft tried and arguably failed doing so with Windows RT, but things have gotten a lot better with Windows 8.1 and Windows 10. Under Pichai's realm, Chrome OS and Android are now more like each other than they have ever been before. Chrome OS supports many Android apps.

Many don't admire the idea of running iOS on a large screen. The iPad Pro, which runs iOS, has been criticised for the extra white space on its home screen.

It will be interesting to see how these companies envision our future computing habits and needs, and how they plan to go about it. Whether or not merging a mobile operating system - in essence, carrying forward several of its elements -- into a desktop operating system is a good idea is still up for debate.