No Galaxy Nexus for you, Samsung tells India 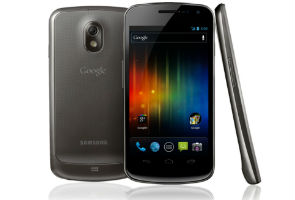 Highlights
You read it right. Samsung India has just announced via Twitter that India will not see the launch of Galaxy Nexus. This is the first official denial from the company, after several promises to launch the smartphone in the country.

@amitw310 The Galaxy Nexus will not be launched in India. Watch this space for the next big thing!

Galaxy Nexus is the reference device for Android's Ice Cream Sandwich release and was first officially announced in Hong Kong on October 19 last year. Since then, it has been launched in almost every major market across the globe including US, UK, Singapore, Japan, and Korea.

Google traditionally partners with a manufacturer to work on a smartphone that will work as the reference device for a particular Android version. It is released under the Nexus series branding. HTC and Samsung are the only two manufacturers till now, who have got the chance to build a Nexus smartphone.

It is not the first time that a Nexus device has not been released in the country. The first ever Nexus phone 'Nexus One' had also given India a miss. Even the second Nexus smartphone 'Nexus S' was made available after several months of the global release.

Here is quick timeline of various company statements regarding the phone.

@punk_lalla Nexus is expected to launch in the last week of January. Will let you know the exact date as we get more information

@jithin1987 As per the latest communication it is to be launched in March however we'll let you know if there is any change in the same.

@nipcarlover Nexus is expected to be launched in March but we do not have the exact dates. Will update you once we get that information

We don't see any justifiable reason for not launching Galaxy Nexus. On one hand, Samsung keeps harping about India being one of its biggest markets. Now comes the news that the 'best Android smartphone ever' won't even see the Indian shores. It's hard not to see the disconnect between the public statements and ground reality.

Some might say that this decision has been taken in the light of the upcoming Galaxy S III launch, but that is no valid reason, considering it is normal for the Korean manufacturer to flood the market with devices in every segment. While it's Samsung's prerogative to decide what devices to launch in a particular market, the fact it misled customers for months is most disappointing.

As expected, people who've been waiting for the device's India release are taking to Twitter to express their disappointment.