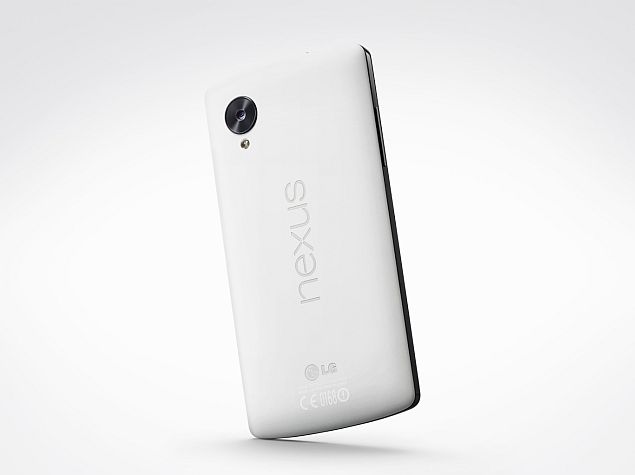 Google has finally discontinued the Nexus 5 smartphone, and appears to be doing the same for the Nexus 7 (2013) tablet. Both the devices are no longer available to buy from the new Google Store, the company's new storefront for 'Made with Google' hardware offerings.

A Google spokesperson has told The Verge, "while some inventory of Nexus 5 still exists (with our retail and carrier partners), our focus is on the Nexus 6 at this time." Google's brand new online retail section for devices is no longer selling the Google Nexus 5 or the Google Nexus 7 (2013), and in its phone and tablets section only lists the Nexus 6 and Nexus 9 respectively. Looking up for the Nexus 5 at the Google Store produces a message that says, "The Nexus 5 is no longer available for purchase." Google India is also no longer showing 'Buy Now' option for the Nexus 5 while it still lists the smartphone for what appears to be only for support purposes. The Nexus 7, on the other hand, is not listed either the Google Store of Google Play India. 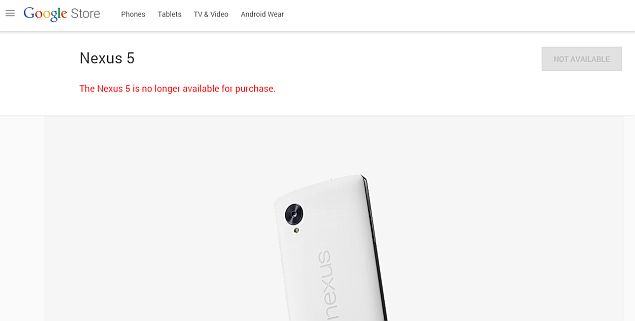 Interestingly, the Google Nexus 7 (2013) tablet is also listed at the Google Store with a similar note, "The Nexus 7 is no longer available for purchase." So far there has been no official announcement regarding the discontinuation of the Nexus 7.

It's worth mentioning that Google in the past has quietly discontinued devices such as the Google LG Nexus 4. Google back in 2013 first stopped selling the Nexus 4 8GB variant and soon after stopped retailing the 16GB model as well. The Nexus 4 units were never replenished, at least in the US.

The Nexus 5's discontinuation is in-line with a report from December that claimed Google Nexus 5, the company's 2013 flagship smartphone, will be discontinued soon. Google in December had said suggested that "Nexus 5 will continue to be available for sale on Google Play and through select retailers in Q1 2015."

The move to discontinue old Nexus devices can be considered Google's way to promote the new Nexus lineup including the Motorola Google Nexus 6 and HTC Google Nexus 9.