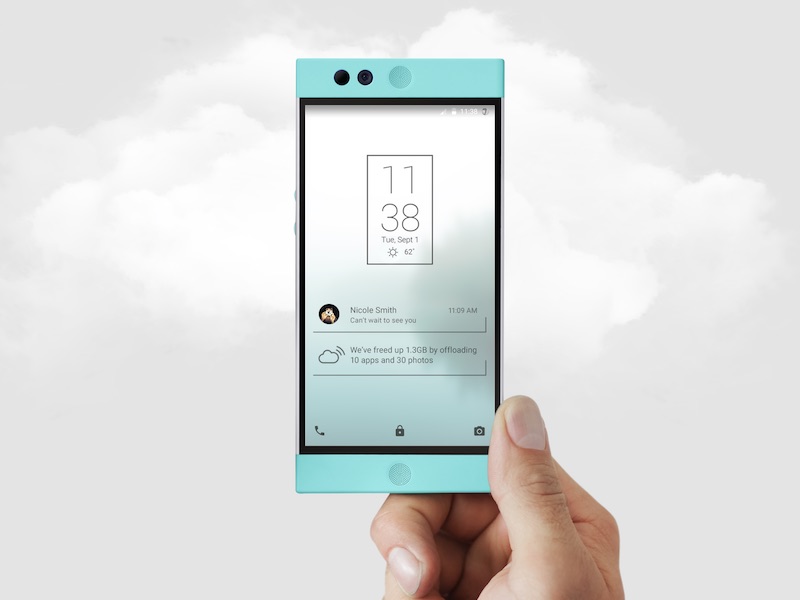 Nextbit, a mobile company that boasts of veterans from Apple, Google, and HTC on its team, has unveiled its much-anticipated reasonably priced first Android smartphone, Robin. The device offers flagship stature specifications and is being sold through a Kickstarter campaign.

In August, Nextbit announced that it plans to launch a "fri**in awesome" smartphone, and the company is trying to keep up with that promise. Robin is aimed at addressing one of the most annoying issues we have on our smartphones: limited storage. Nextbit tackles that problem by leveraging a cloud-based storage solution.

How? The company is offering smart, automated uploading of your photos and other data to make room on the smartphone's local storage space. The company is offering a private 100GB storage box to all Robin users. When the right conditions are met - your device is plugged in to a charger, and it is connected to a Wi-Fi network - the device begins to move your data to the cloud.

As for the hardware specifications, the Robin sports a 5.2-inch full-HD (1080x1920 pixels) display which is embedded in a funky plastic body (available in two colour variants: Mint, and Midnight). The Nextbit Robin comes powered by Qualcomm's hexa-core Snapdragon 808 processor coupled with 3GB of RAM, and 32GB of internal storage (with no microSD card slot). The device also comes with a fingerprint sensor.

Other features of the Nextbit Robin include a 2680mAh battery, a 13-megapixel rear camera, a 5-megapixel front-facing camera, and a USB Type-C charging port. The single-SIM capable device supports LTE, 3G, Wi-Fi and other connectivity options. On the software side, the device runs Android (the version isn't specified). The company noted that the Robin is completely carrier unlocked. The bootloader of the device is unlocked too, which essentially means that one could flash their own favoured custom Android ROMs on the handset.