Nextbit, the makers of the cloud-based smartphone Robin, has announced that it has reduced the price of its handset globally. The Nextbit Robin will now be available at $299 (approximately Rs. 20,000) regardless of the location.

In a community post, the company announced the permanent price cut and added that the price includes the shipping charges as well. However, it pointed, "As long as we ship there, you'll get Robin at a great price." The company said, "We didn't think it was fair that only fans in India and the US got to purchase Robin at a great price. So we're lowering the price of Robin on Nextbit.com to $299 for everyone."

To refresh, the cloud-based smartphone was initially unveiled last year and was priced at $399 (approximately Rs. 26,400). The Nextbit Robin smartphone was launched last month in India priced at Rs. 19,999. It was be available exclusively from Flipkart.

To refresh on the specifications, the Robin smartphone sports pretty decent hardware at its price, and addresses the limited storage issue in smartphones with a cloud-based storage solution. One of the unique features of the handset is it can automatically back up photos and other data that haven't been used recently to the cloud to free up space on the device. 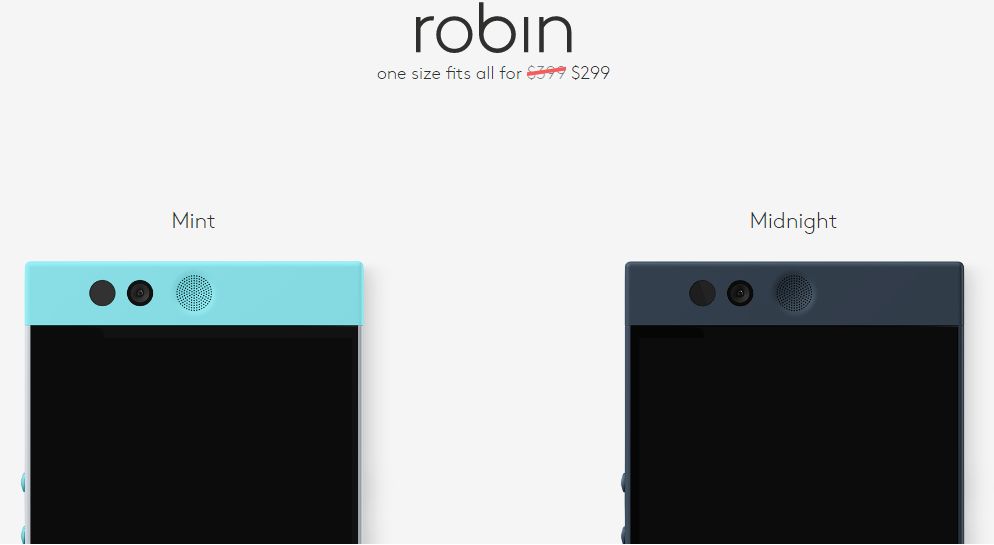 It features a 5.2-inch full-HD (1080x1920 pixels) display and is powered by Qualcomm's hexa-core Snapdragon 808 processor coupled with 3GB of RAM, and 32GB of inbuilt storage which is non-expandable. The Nextbit Robin comes with 100GB of free cloud storage space. The device also comes with a fingerprint sensor.

Other features of the Nextbit Robin include a 13-megapixel rear camera, a 5-megapixel front-facing camera, a 2680mAh battery, and a USB Type-C charging port. The single-SIM capable device supports LTE, 3G, Wi-Fi and other connectivity options. On the software side, the device will ship with Android 6.0 Marshmallow. The handset comes in two colour variants: Mint and Midnight.