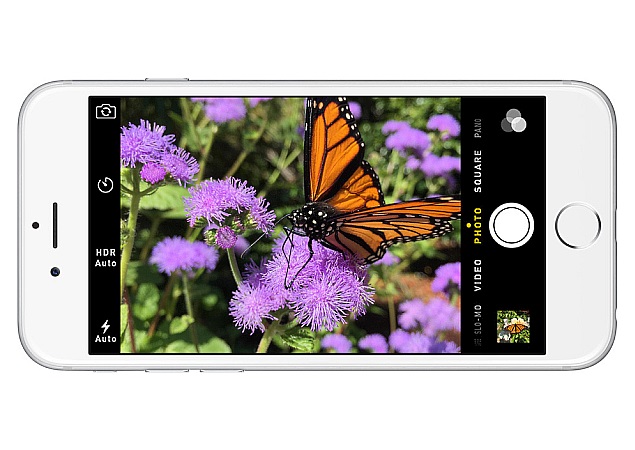 If a new rumour is to be believed, Apple's next iPhone models might be able to capture better selfies. A developer has spotted code strings in iOS 9 tipping that the Cupertino-based company will be upgrading the front camera on its next iPhone models (expected to be called the iPhone 6s and iPhone 6s Plus) set to launch later this year.

According to developer Hamza Sood, the next iPhone will sport a FaceTime camera with support for recording 1080p videos alongside capturing 240fps slow-mo videos at 720p. The code strings further hint that the iPhone will able to click Panorama shots from the front camera, a feature that was only seen present in the rear camera.

The code strings (see below) also tip that for the first time Apple might include a flash alongside the FaceTime camera (or the front camera). Interestingly, all the features that have been spotted by Sood in the code strings are already available on the rear camera of the iPhone 6 and iPhone 6 Plus. 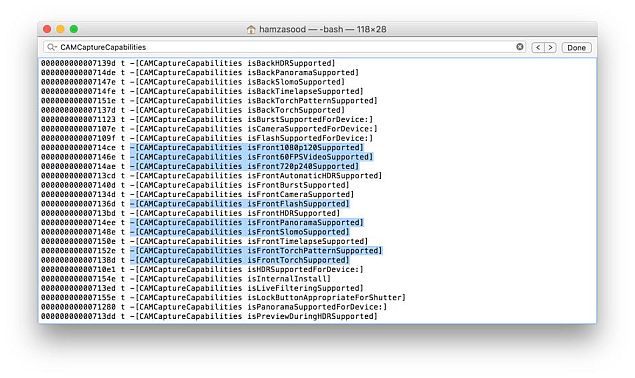 This is not the first time Sood has come up with observations about upcoming features based on code strings. Back in 2013, ahead of the launch of the iPhone 5s, it was Sood who claimed that fingerprint sensor will be available on the next iPhone.

A couple of previous reports have stressed on the fact that Apple's next iPhone model will feature major upgrade in the camera department, with one claiming that the iPhone 6s and iPhone 6s Plus will include a 12-megapixel rear camera instead of the 8-megapixel camera seen in last four generation iPhones.

Recently, iPhone 6s launch details were tipped via a leaked internal communications email of Vodafone UK. According to the leaked email, September 18 was rumoured to be the date when Apple kicks off pre-orders for the new iPhones, while September 25 for retail availability in the first wave of countries. The phones are expected to be unveiled on September 8.

Preliminary leaks so far have tipped that Apple is preparing two or three models for launch this year: an iPhone 6s, an iPhone 6s Plus, and possibly an iPhone 6c. The first two are tipped to be lighter and slimmer than their current-generation counterparts, sporting 2GB of RAM, Force Touch displays, Apple A9 SoCs, and 12-megapixel cameras.