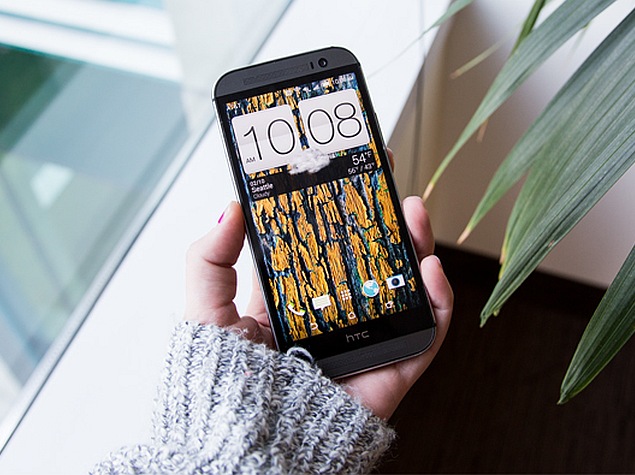 After numberless leaks and rumours for the HTC's upcoming flagship smartphone, now 'confirmed' to be named HTC One M9, the Taiwanese firm has officially announced its intentions to launch the device at its March 1 event. The firm previously sent out invites for its pre-MWC 2015 event but failed to mention the purpose.

HTC UK has posted on Twitter that it will be revealing the flagship device on March 1. The post still keeps the official name of the smartphone a secret. According to the firm, people will stare at users' HTC One M9 smartphones, or as the tweet mentions 'The new HTC One', probably because of its sleek metallic design.

Let them stare. The new HTC One revealed 01.03.15. pic.twitter.com/qehl2KFmdz

It is worth noting that HTC's Netherlands website source code revealed the name of the handset as 'HTC One M9' earlier this week along with what seems to be a final list of rumoured specifications before the official launch. We also saw a rendered image of the smartphone that showed a bigger screen variant with a physical button at the bottom.

According to the latest leaks, the HTC One M9 will stick to 5-inch IPS display and full-HD resolution seen in the HTC One (M8). A 20.7-megapixel rear camera with dual-LED flash is expected along with a front-facing 4-megapixel camera supported by HTC's UltraPixel technology.

Powered by Qualcomm's flagship chipset, 64-bit Snapdragon 810, the One M9 is also tipped to include 3GB of RAM and an Adreno 430 GPU. Other rumoured specifications include Android 5.0.2 Lollipop with Sense 7.0 UI, a 2840mAh battery and 32GB/ 64GB inbuilt storage variants.