New Smartphone Case Can Print Your Selfie in Seconds 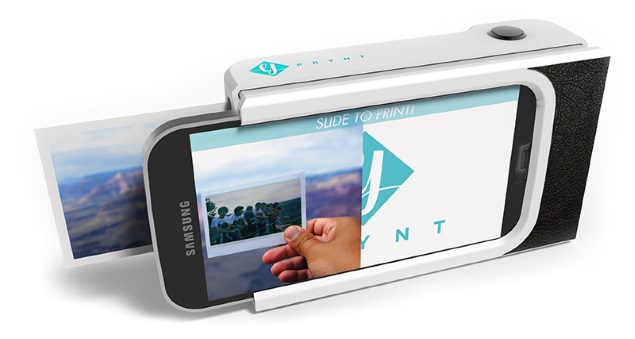 A French company has developed a brand new smartphone case that can print selfies from the phone itself in less than a minute.

The printer is in turn connected to the smartphone via Bluetooth and can produce a photo in about 50 seconds.

The developers say their case will soon be able to print pictures in just 30 seconds, RT.com reported.

"At the moment, only one sheet of paper can fit in the case. However, this will soon be increased to up to 30 pieces," Clement Perrot, CEO of Prynt, was quoted as saying.

Prynt has been working on the new case since January this year and is planning to launch the smartphone case at the beginning of 2015.

The case was developed for 4-inch display smartphones, but the company plans to make models for larger devices - such as the iPhone 6 Plus and the Samsung Galaxy Note - in the future.

Moreover, the firm says if you take a snap using the Prynt app, it will record a video of the moment before and after you click the photograph.

The app will virtually turn your photo into a video that you can view.