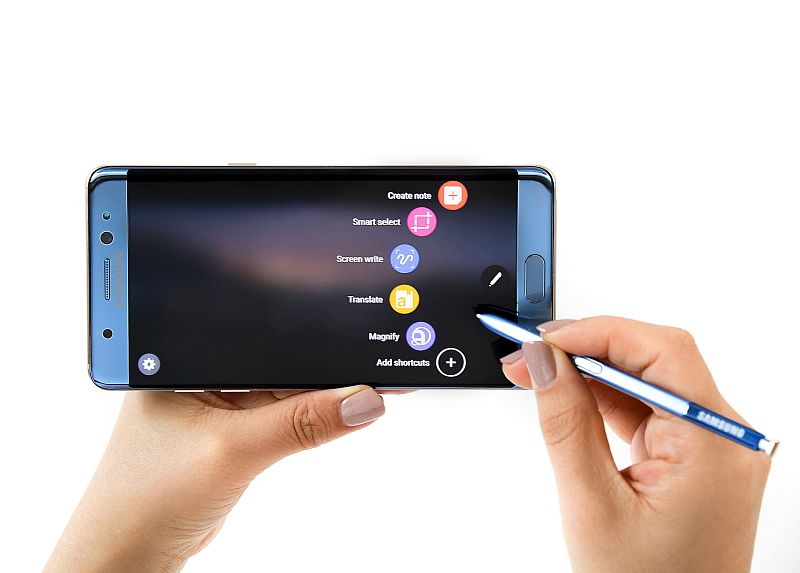 Samsung had announced ways for people to check whether the Galaxy Note 7 is safe or not by checking the label on the retail box. The South Korean company is not taking chances and has started shipping new and replacement Galaxy Note 7 units with a Green-coloured battery indicator that replaces the White indicator seen so far on the shipped units. Additionally, new data has surfaced that claims that the Samsung Galaxy Note 7 users are not exchanging their unsafe units.

The new battery indicator colour on new and replacement Galaxy Note 7 units is just one more way for users to differentiate between safe and unsafe handsets. ZDNet reports that Samsung has started "delivering new batches" of the Galaxy Note 7 to distributors as well as stores in homeland and is expected to kick off exchanges starting Monday. The report points out that Samsung hasn't cleared that the same measure will be repeated for units that ship to other markets. In South Korea, Samsung sold almost 400,000 Galaxy Note 7 units before announcing official recall. The report says Samsung will have enough new units by next week to replace all sold so far in South Korea.

In the meanwhile, Apteligent has released its data claiming to show the Galaxy Note 7 adoption. According to the released data, the adoption rate dropped after Samsung officially announced the Galaxy Note 7 recall. The data shows adoption rate of the Note 7 as of end of Wednesday. There has been a "small 13 percent usage decline since the recall date," claims Apteligent. It's worth noting that the data released doesn't include all the markets where Note 7 was selling and it collected the information through app data on mobile platforms. Though, it slightly offers indication about the adoption rate of the Note 7.

In the US, almost one million Note 7 smartphones were officially recalled by the US Consumer Product Safety Commission on Thursday.

Samsung has already urged Galaxy Note 7 consumers to stop using the smartphone and go for an exchange, if affected by the issue.