MWC 2017: Meizu Starts Sending Out Invites for Its Launch Event on Tuesday 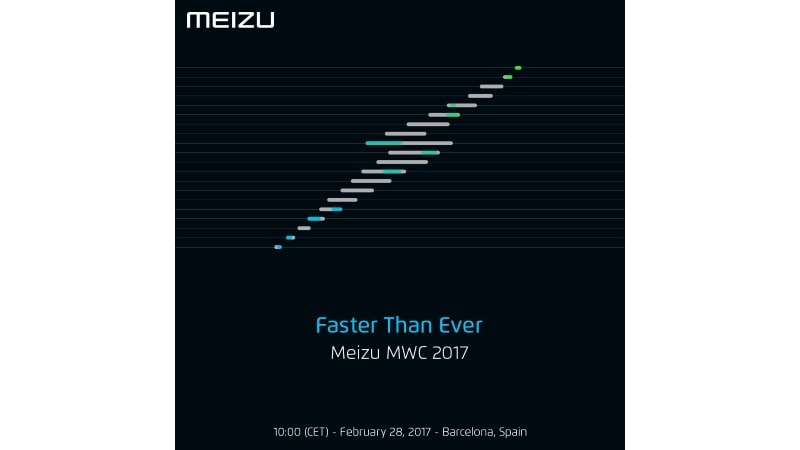 Chinese smartphone manufacturer Meizu has confirmed its debut at Mobile World Congress as the company has now started sending out invites for its MWC 2017 launch event on Tuesday. Meizu's first MWC event will kick-off on February 28 at 10am local time in Barcelona (2:30pm IST). Interestingly, the company has not revealed the products that will be launched at the event on its invite.

In its invite, Meizu has merely said 'faster than ever', which might indicate that its new smartphone will have a really fast processor. However, as there is no other hint thrown in by the company in its invitations, it is hard to make any guesses about the launch event or the product[s] that will be unveiled.

In a separate emailed statement, the company said its maiden appearance at MWC "will be the perfect platform for Meizu to showcase its latest wireless solutions and products including a major technical achievement that promises to offer a significant enhancement in user experience." It added that its entire product lineup including accessories will be available at the event for visitors to experience.

Speaking on the development, Leon Zhang, South Asia Market Head, Meizu said, "It is a very proud moment for the entire Meizu team as we join the global wagon of technology and telecom fraternity. We are very excited to showcase our world class products and wireless solutions to global audiences. We believe international platforms like Mobile World Congress would add huge value to brand Meizu and it would also enhance our potential to better understand the global tech ecosystem through getting into the fabrics of global tech alliances".