Mu System Is the Only Charger a Globetrotter Needs 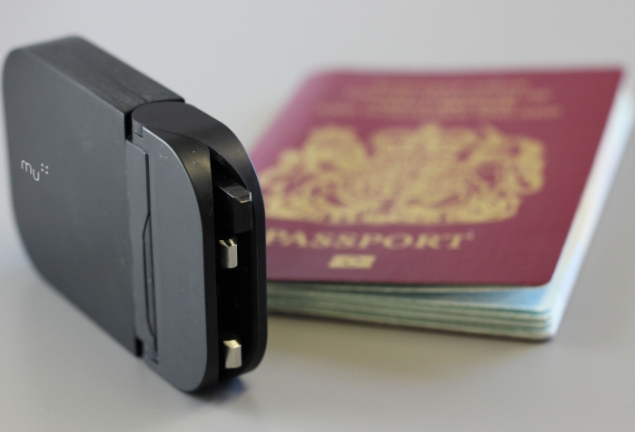 Kickstarter of the Week is our weekly look at the latest crowdfunded projects you can back on sites like Kickstarter and Indiegogo. We've seen that some of the coolest new developments in recent times - such as the Oculus Rift virtual reality headset, and the Pebble smartwatch - have come out of crowdfunding instead of the big companies. We're on the lookout for the potential gamechangers, but we also try and point out fun projects that might be cool to back.

Of course, crowdfunding isn't pre-ordering, and a project getting funded doesn't guarantee it'll ever ship. With that caveat in place, we're still fans of the concept, and that's because it has led to so many interesting new gadgets.

One such gadget is the Indiegogo-backed Mu System - a small wall charger aimed at international travellers.

If your work involves a lot of travel, then you probably have a couple of international power adapters lying around. These can be a little bulky though, which is why the Mu System caught our eye. This is a simple wall adapter that doesn't just replace the plug point, but also your charger. The Mu System is two slim pieces of plastic; one end has a single USB port, and the other end is a plug. You just attach the plug that matches the country you're traveling to and leave the rest of the heads at home. If you have to carry multiple plugs, it's not a problem because the attachment is slim (14mm thickness), and will easily fit in your pocket.

It comes with four different plugs that cover all the different parts of the world you might visit, and the two pieces taken together are probably smaller than your mobile phone charger. All you need to carry aside from this is the USB cable for your phone or tablet, and you can easily charge your device wherever you are.

You could argue that this is actually less useful than an international power adapter, since you can only use it to charge a USB powered device. And while that is true, but aside from our laptops, there isn't anything we use at all that isn't USB powered. Instead of carrying a bulky power adaptor and a relatively large charger, you can just slip the Mu System and you're covered. It's not solving a huge problem by any stretch, but it does sound like a good idea.