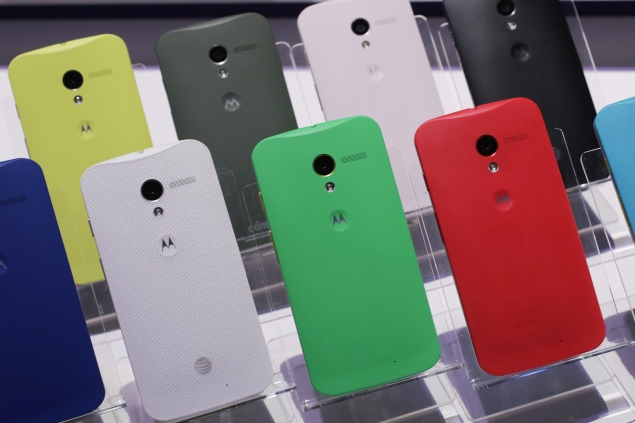 While Google's ambitious Android L project is still under developer preview, Motorola has already confirmed its plans to release the upcoming Android L for its flagship Moto X (Review | Pictures).

While commenting on a Google+ user's query on Thursday about if the Moto X will receive an Android L update, Motorola's VP of Product Management, Punit Soni confirmed the arrival of the update with a reply on the thread on Thursday.

"Moto X is still going to get Android L (5.0) right?" wrote Josh B on Google+, to which Punit Soni unexpectedly replied with "Yup". Although he didn't give any time-frame as to when users should expect the update, it should only be once Google finally releases Android L later this year. Soni went on to note Motorola's disappointment about Android update delays caused by carriers, a point mentioned by another commenter on the same thread, saying, "Sad. We really try to speed things up..."

As seen in the alleged screenshot image of the support conversations with Motorola's customer care, it was suggested that Motorola will update the Moto X and Moto G devices to Android L once the OS is made available. Additionally, when was asked about the recently launched Moto E (Review | Pictures), the support representative wrote, "For the Moto E, we do not have any information as of today."

Motorola India has already begun rolling the latest Android 4.4.4 KitKat update for its Moto E, Moto G and Moto X smartphones users in India. The company made the announcement via its Twitter handle, last month. The update includes several stability, framework and OpenSSL-related security fixes, as well as a new phone dialler.