Separation of the two layers has created a huge air gap that extends end to end in the hinge area.

Motorola Razr recently underwent iFixit's teardown test and got a paltry score of 1 out of 10, indicating that the phone is a reparability nightmare. And who can forget the spectacular failure of its hinge mechanism in a simulated test earlier this month? Well, it appears that Motorola won't get a respite anytime soon. The Motorola Razr unit of a tech publication has started showing signs of massive display damage, as the phone's foldable display panel appears to have separated from the top lamination in the hinge area, creating an air gap underneath and affecting touch sensitivity.

Input reports that merely after a week of using the Motorola Razr, the foldable phone's OLED display has started peeling apart. In the images shared by the publication, the top lamination layer has separated from the OLED layer underneath in the hinge area. This has created a large air gap that extends from one end to another. Here's how the damage was described:

The screen was completely warped from hinge-to-hinge with the top layer raised like a poorly applied screen protector. 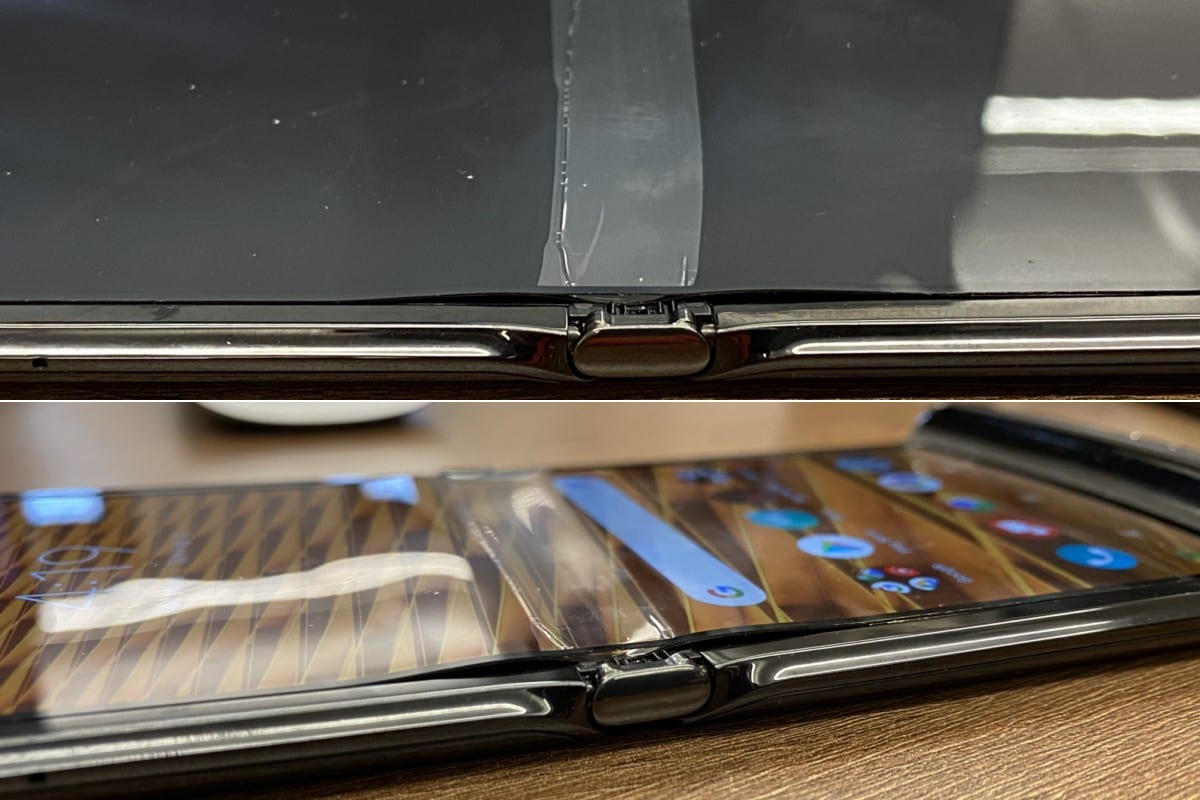 It is said that the damaged area keeps expanding in size as the phone is folded and unfolded. It is worth noting that no external damage like a scratch or brute force caused it to happen. The display's folded region which tucks inside alongside the curved hinge is where the top layer has peeled off completely from the display, making it non-responsive to touch inputs. It also drastically affects the colour output and how content appears on the Motorola Razr's display.

Motorola is yet to comment on the cause of the damage but in a statement to Gadgets 360, the company noted that it will cover any such damage caused by normal use under warranty.

“We have full confidence in razr's display, and do not expect consumers to experience display peeling as a result of normal use. If consumers experience this issue, and the device has not endured customer abuse or misuse, it will be covered by our warranty," Motorola told Gadgets 360.

In the absence of any explanation so far, one thing remains clear – foldable phones that cost as much as $1,500 (roughly Rs. 1,07,000) are a fragile piece of hardware that need way more careful handling than a regular phone, and are susceptible to damage from elements that should not be a cause of concern in the first place.

Editor's Note: The report has been updated with a comment from Motorola.