Motorola Razr 2019 will go official at an event on November 13 in the US.

Motorola Razr 2019 - the Lenovo-owned company's first foldable phone – is all set to go official on November 13, but the floodgates of leaks have already opened. After alleged renders of the phone surfaced online, a live hands-on image of the Motorola Razr 2019 has popped up on the Internet. Also, some new renders of Motorola's upcoming foldable phone have also been leaked, giving us a closer look at its design from the front, highlighting the small cover display and the single camera below it accompanied by an LED flash.

The Motorola Razr 2019's live hands-on image was spotted on Weibo, and it shows the phone's thick chin that might also serve as a docking spot for the display in its folded state. One can also clearly see the outline of a button that will reportedly double as the fingerprint sensor and might also be used for opening the phone. Below it, on the bottom edge, sits the USB Type-C port, but there appears to be no 3.5mm headphone jack on the phone. At the top, there is a centrally-positioned boat-shaped notch that also houses the earpiece and the front camera. 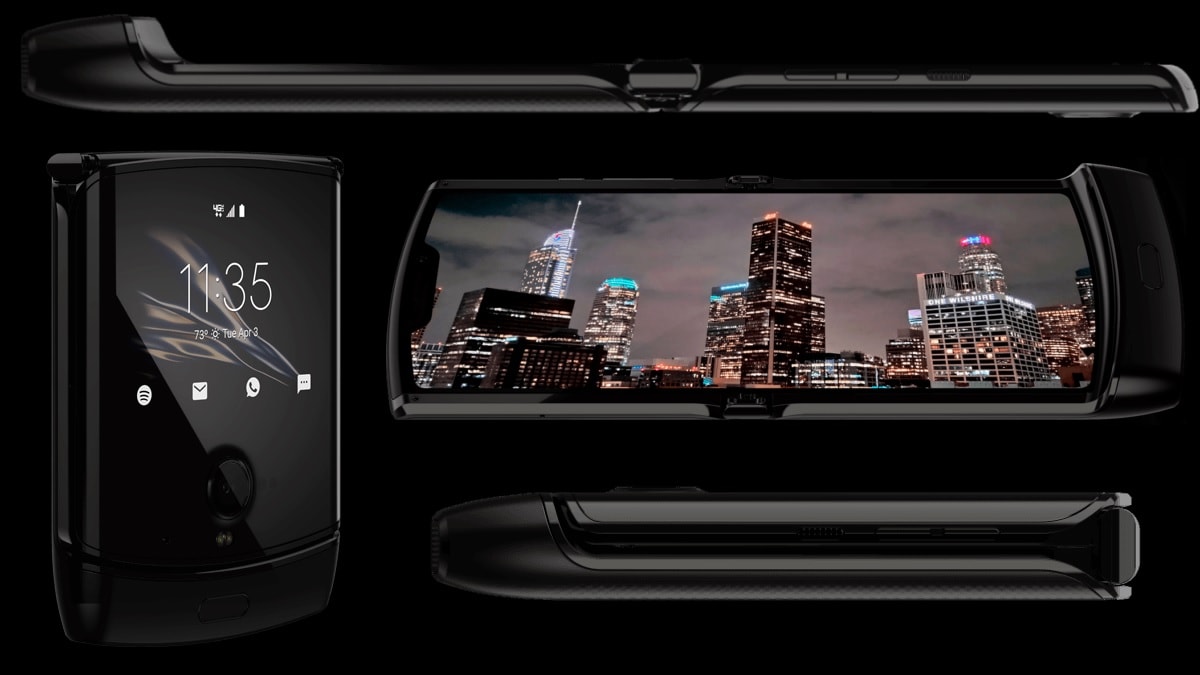 Additionally, tipster Evan Blass (@evleaks) has shared a few more high quality renders of the Motorola Razr 2019 that show it up close from the sides in the folded and unfolded state. The volume rocker and ridged power button are located in the upper half of the phone on the right side. In the folded state, the display falls in the same line as the chin to give a uniform look, except for the bump created by the camera at the top. One of the renders suggests that the cover display will act more like a quick view screen for taking a look at notifications, aside from doubling as the viewfinder for capturing quick selfies.

As far as specifications go, the Motorola Razr 2019 will reportedly be powered by Snapdragon 710 SoC, paired with up to 6GB of RAM and 128GB of internal storage. The main foldable display will be a 6.2-inch panel with 876x2142 pixel resolution, while the cover display will have a resolution of 600x800 pixels. The phone is tipped to pack a 2,730mAh battery and will reportedly be priced at EUR 1,500 (roughly Rs. 1,19,000) upon its launch at an event in the US later this month.