A video showing the Motorola Razr 2019 teardown has also been uploaded on YouTube.

If the black colour option of the Motorola Razr 2019 isn't enticing enough to grab your attention then you might want to know that the foldable smartphone has now leaked in an unannounced gold colour. The new colour is reminiscent of the gold paint job that the original Motorola Razr V3i has received when Motorola, back in the day, collaborated with Dolce and Gabbana for the company's flip phone. Separately, a YouTube channel has published a teardown of the Motorola Razr 2019 as the phone goes on sale in the United States. 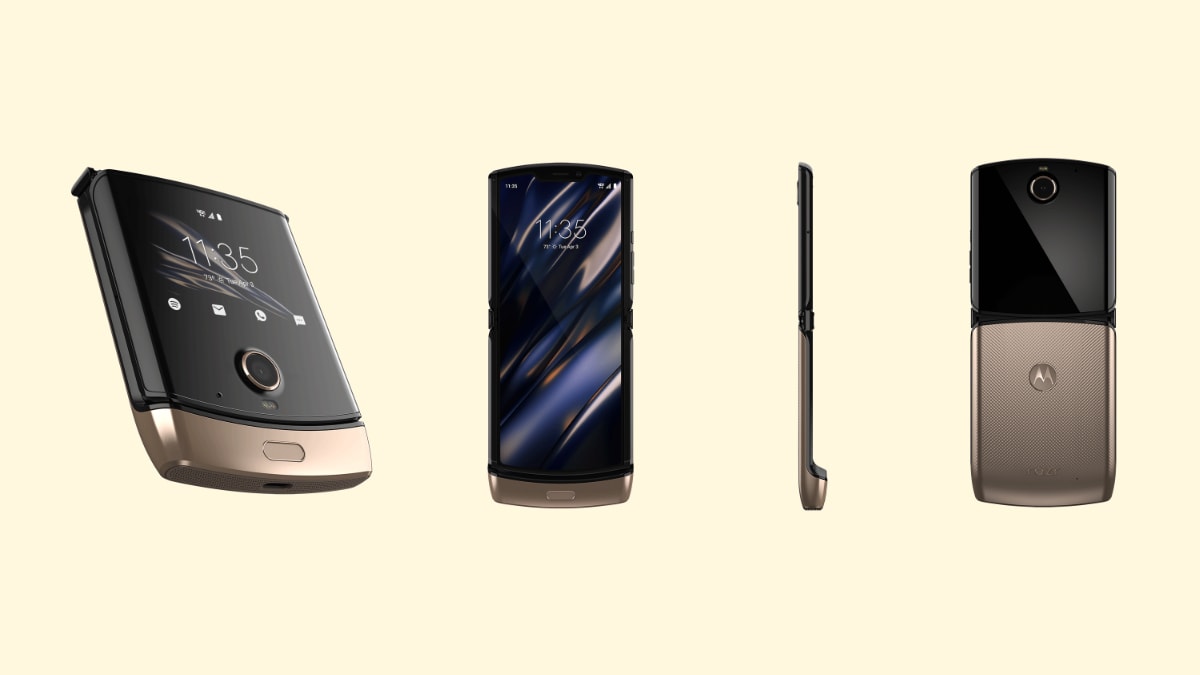 First things first, prolific tipster Evan Blass took to Twitter and shared a bunch of images of the Motorola Razr 2019 in a gold colour option that is yet to be announced by Motorola. Now, we don't know if or when Motorola will release this variant of the foldable Razr, but these high-resolution renders certainly give us an idea of how Razr 2019 is going to look like in gold.

Moving on, a YouTube channel, called PBKreviews, has published a teardown of the Motorola Razr 2019. Watching the video, it isn't hard to believe the amount of time and engineering that the folks at Motorola have put into the device. The number of cables, screws and parts that you have seen is a testament to the fact that if by chance your device is damaged, you should better consider getting it fixed by trained personnel, rather than experimenting on your own. Moreover, during the video, the host also admits that the repair is far from easy and it will be difficult for most people to repair this device.

Meanwhile, as mentioned, Motorola Razr 2019 is going on sale in the United States today. There is still no word on the India release except the fact that it is coming.