Motorola One Zoom, Moto Z4 were spotted running the latest Android version on the Wi-Fi Alliance website, where they had appeared for certification.

Motorola One Zoom and Moto Z4 could get Android 10 soon

Motorola may be gearing up to bring the latest version of Android, i.e., Android 10 to its Motorola One Zoom and Moto Z4 smartphones. The company launched these two phones recently and both are powered by the Qualcomm Snapdragon 675 SoC. The Moto Z4 is the latest smartphone in the Z series that has been famous for its Moto Mods - modular components snappable onto the back to enhance functionality. Both these smartphones shipped with Android Pie out-of-the-box but have recently been spotted on Wi-Fi Alliance website running Android 10.

Both Motorola devices were spotted on the Wi-Fi Alliance website, as first reported by Nashville Chatter. These devices were running on Android 10 at the time of certification. The Motorola One Zoom bears the XT2010-1 model number whereas the Moto Z4 has the XT1980-4 model number. Based on the certification it is clear that these smartphones are ready for Android 10 and the update could be rolled out in the near future. 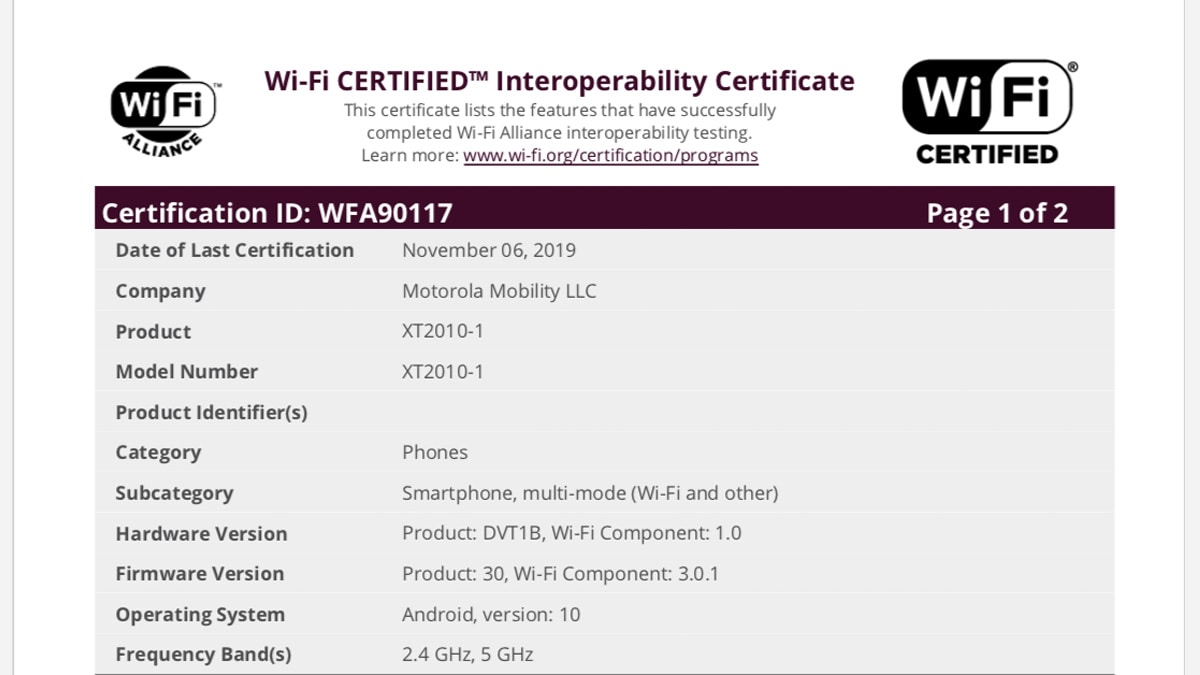 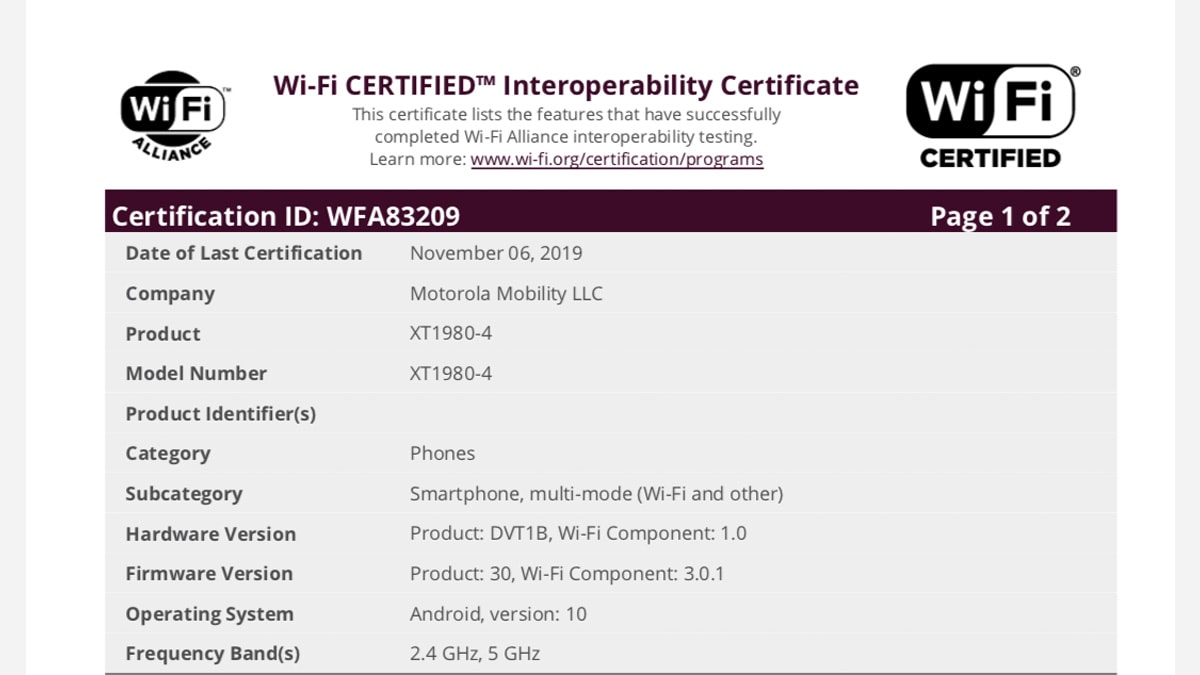