Motorola One Zoom and Moto E6 Plus were launched at IFA 2019 on Thursday. The former is a mid-range offering with a quad rear camera setup that offers 3x optical zoom and 10x hybrid zoom, apart from a 48-megapixel primary camera sensor. The Moto E6 Plus on the other hand features a notch display as well as a dual rear camera setup, both firsts for the series. Another highlight is its dedicated microSD card slot. At the launch, the Lenovo-owned company revealed the Motorola One Zoom and Moto E6 Plus price and availability, though India details remain unknown.

The Motorola One Zoom price starts at EUR 429 (roughly Rs. 34,000), and will go on sale in Argentina, Brazil, Mexico, and other Latin American countries from September 5, while Europe will get it from September 6. An Amazon-exclusive version with Alexa preloaded will go on sale from September 5 in France, Germany, Italy, Spain, and the UK. Finally, in the US, the Motorola One Zoom will be priced at $449.99 (roughly Rs. 32,400) unlocked. It will be made available in Brushed Bronze, Cosmic Purple, and Electric Grey colour variants.

The dual-SIM (Nano) Motorola One Zoom runs Android 9.0 Pie, and features a 6.4-inch full-HD+ (1080x2340 pixels) OLED Max Vision display with a 19:9 aspect ratio. The display is protected by 2.5D Panada King glass, while the smartphone has 3D Corning Gorilla Glass 3 at the rear. It is powered by a Qualcomm Snapdragon 675 SoC coupled with 4GB of RAM. It bears a 6000-series aluminium body.

On the front, the Motorola One Zoom bears a 25-megapixel camera (4-in-1 pixel binning, 6.25-megapixel output, effective 1.8-micron pixels, and an f/2.0 aperture). It comes with 128GB of inbuilt storage, expandable via microSD card. Connectivity options include 4G VoLTE, Wi-Fi 802.11ac, Bluetooth v5.0, GPS/ A-GPS, NFC, USB Type-C (v3.1), and a 3.5mm headphone jack. Sensors on board include an accelerometer, ambient light sensor, gyroscope, magnetometer, and a proximity sensor. It measures 158x75x8.8mm and weighs 190 grams. It sports a 4,000mAh batter with 15W fast charging. It bears an on-screen fingerprint sensor. 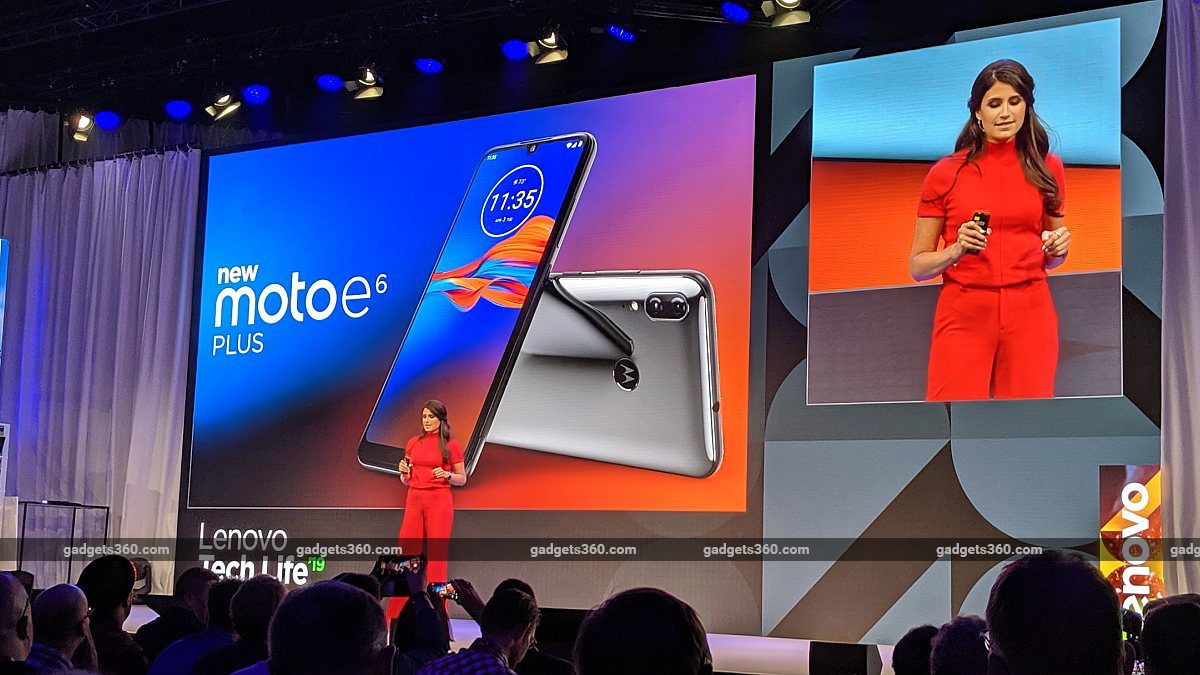 Further reading: Motorola One Zoom, Motorola One Zoom Price, Motorola One Zoom Specifications, Motorola, Moto E6 Plus, Moto E6 Plus Price, Moto E6 Plus Specifications
Abhinav Lal Email Abhinav
Abhinav Lal is News Editor at Gadgets 360 and has been tracking all things tech for over a decade now. He has written extensively on a range of topics including apps, gaming, mobiles, PCs, and Web services in his tech journalism career. Apart from editing news, he also works on reviews and features, while taking care of the product side of things at Gadgets 360. Write to him at abhinavl@ndtv.com or get in touch on Twitter. You will most likely find Abhinav editing stuff for Gadgets 360, ...More
IFA 2019: Lenovo Smart Display 7, Smart Tab M8, and Yoga Smart Tab Launched