Motorola has a product announcement slated for August 2 at its headquarters in Chicago, US. While leaks and rumours have given us a clear look at one of the smartphones expected at this event - the Motorola One Power (aka Moto One Power) - a leak earlier this month pointed towards the launch of yet another variant, the Motorola One (aka Moto One). It now seems that we have live photos of the Motorola One in a White colour variant. The images show a vertical dual rear camera setup, while the front of the handset is not shown.

As per a post by reputed tipster ZyadAtef12 on SlashLeaks, the alleged Motorola One is seen to sport a white back panel with a glass finish and an aluminium frame running on the sides. There is a small Motorola logo on the back, below the dual cameras, with a circular aluminium ring around it. Other than that, the images reveal nothing else around the unannounced Motorola smartphone. While the front panel hasn't been shown in these leaked images, the smartphone is reported to arrive with a display notch. Both the Motorola One and Motorola One Power are expected to run an Android One-based version of stock Android, however branding is nowhere to be seen on the leaked unit. 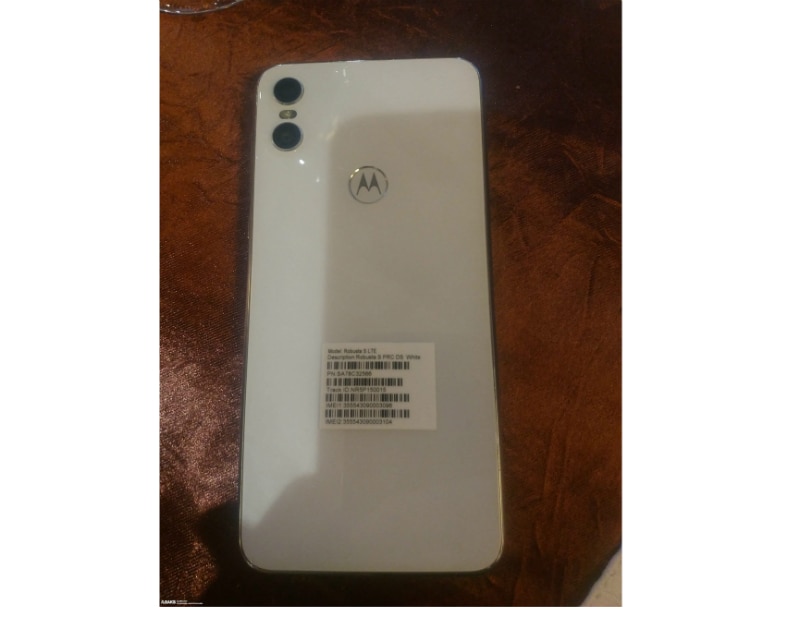 Recently, a report had suggested that the Lenovo-owned brand would be using the Motorola moniker instead of the Moto naming scheme for its upcoming One Power and One smartphones. Specifications and design features of the Motorola One Power have been leaked multiple times over the past couple of months.

As per previous reports, the August 2 launch event is also expected to give us a look at the Moto Z3 - the company's next flagship smartphone - as well. This was hinted by Motorola itself as it claimed that the announcement will offer a "whole new way to connect, stream, download, video chat, and more."