Motorola One Vision Renders Leak Ahead of Expected May 15 Launch 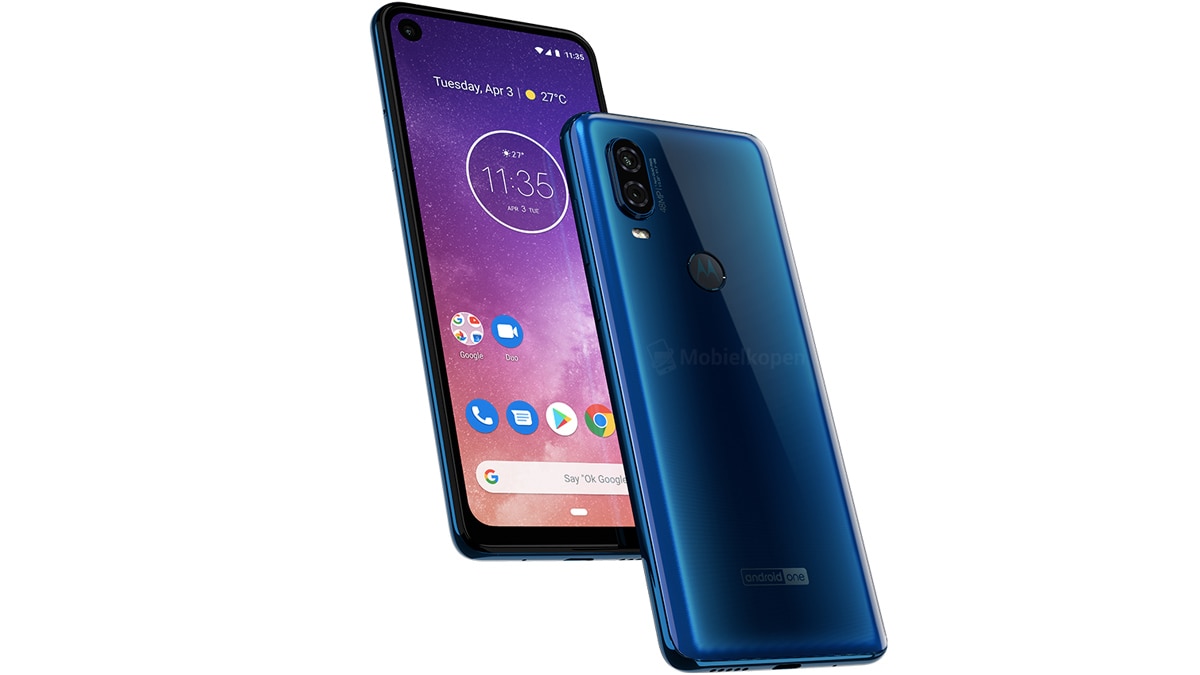 These new Motorola One Vision renders were leaked by Mobielkopen and reveals a new dark blue colour with a gradient finish at the back. The leaked image also shows the dual camera setup at the back along with a rear-mounted fingerprint scanner. On zooming in, the text below the camera module suggests that the Motorola One Vision has a 48-megapixel primary camera with Quad Pixel technology. The text also suggests an f/1.7 aperture as well as support optical image stabilisation.

Based on previous rumours, we know that the smartphone will feature a hole-punch display with a full-HD+ resolution and a 21:9 aspect ratio. We also know that the smartphone will feature a Samsung Exynos 9610 SoC and come in multiple RAM and storage options. It is expected to have 3GB and 4GB RAM variants and 32GB, 64GB, and 128GB options for storage. Past rumours also point that the Motorola One Vision will pack in a 3,500mAh battery.

Since the Motorola One Vision will be a part of Google's Android One programme, it will be running a near stock version of Android 9 Pie. The smartphone is expected to have features like Digital Wellbeing and Dolby Audio, Motorola is also bringing new camera features like Video 3D HDR and Long Exposure. This smartphone was also spotted on Google's ARCore website two months ago.

Motorola is expected to launch the One Vision along with a few other smartphones at an event scheduled in Sao Paulo, Brazil on May 15.