Motorola One Vision Plus listing shows 4GB RAM and 64GB storage variant, with a 6.3-inch display.

Moto E7 may come with 2GB of RAM

Motorola One Vision Plus specifications (expected) 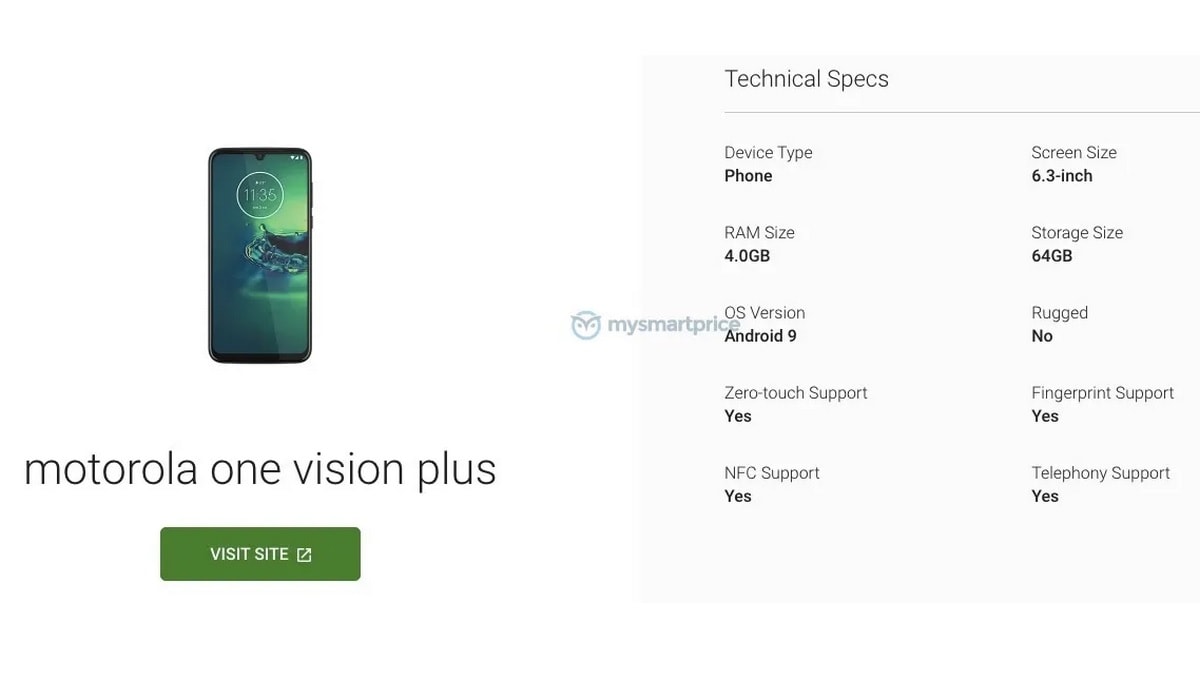 Motorola One Vision Plus may have a 6.3-inch display
Photo Credit: MySmartPrice

First spotted by Techieride, the purported Moto E7 Google Play Console listing suggests it will be a budget friendly smartphone, just like its predecessors in Motorola's ‘E' series. It can be seen that the phone named “moto e7” has 720x1,520 pixels resolution display and a pixel density of 280ppi. The processor mentioned in the listing is the octa-core Snapdragon 632 (Qualcomm SDM632) with two sets of four Kyro 260 cores each. The GPU is the Adreno 506 clocked at 725MHz. 2GB of RAM is also mentioned in the listing. Interestingly, the Moto E7 has been listed with Android 10.

From the resolution and pixel density in the new listing, the screen size of the Moto E7 may be around 6-inches. Motorola launched the Moto E6 in July 2019 with a 5.5-inch display and it was followed-up by the Moto E6s with a 6.1-inch display.

As of now, there is no information on when the two phones will be launched but an announcement can be expected from Motorola soon.

Further reading: Motorola, Motorola One Vision Plus, Moto E7
Vineet Washington Email Vineet Vineet Washington writes about gaming, smartphones, audio devices, and new technologies for Gadgets 360, out of Delhi. Vineet is a Senior Sub-editor for Gadgets 360, and has frequently written about gaming on all platforms and new developments in the world of smartphones. In his free time, Vineet likes to play video games, make clay models, play the guitar, watch sketch-comedy, and anime. Vineet is available on vineetw@ndtv.com, so please send in your leads and tips. More
Vodafone Restricts Commercial Use of Unlimited RedX Postpaid Plan, Announces Rs. 3,000 Fine
YouTube Music Makes It Easier to Transfer Content From Google Play Music