Motorola One Power to Go on Sale for the First Time in India Today: Price, Specifications 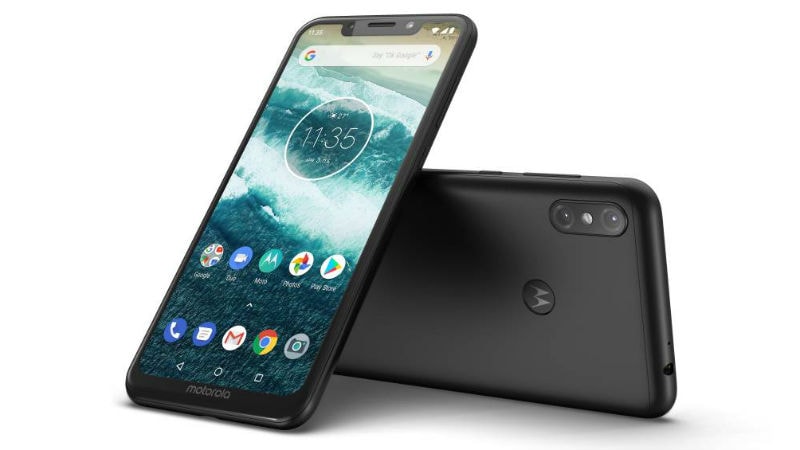 Motorola One Power is a part of Google's Android One programme

Motorola One Power that was launched in India last week will go on sale today. The Lenovo-owned company had unveiled the smartphone in the country to take on popular smartphones like Xiaomi Redmi Note 5 Pro and Poco F1. The Motorola One Power is a part of Google's Android One programme. The key highlights of the new Motorola smartphone include a Snapdragon 636 processor, 5,000mAh battery, a display notch, and more. It also features Widevine L1 licence to support HD video streaming. While the registrations for the Flipkart-exclusive smartphone had started on September 24, it was scheduled to go on sale in the country starting October 5.

The price in India of Motorola One Power is Rs. 15,999. As mentioned, the smartphone comes in a lone 4GB RAM/ 64GB inbuilt storage variant. It will be available in the country exclusively via Flipkart, from 12pm IST (Noon). As mentioned, registrations of the handset had started on September 24 itself.

The Motorola One Power runs stock Android 8.1 Oreo software and the company has promised an Android Pie update. Last week, a report had said that Motorola is planning to launch its Android Pie soak test programme for the new affordable smartphone to bring the latest Android experience. Other specifications include a 6.2-inch full-HD+ LCD Max Vision panel along with a 19:9 aspect ratio, an octa-core Qualcomm Snapdragon 636 processor, Adreno 509 GPU, and 4GB of RAM.

In terms of optics, the Motorola One Power bears a dual rear camera setup that comes with a 16-megapixel primary sensor and a 5-megapixel secondary sensor. It has 4K video recording support as well. Additionally, the smartphone comes with a 12-megapixel sensor at the front.

The Motorola One Power is equipped with 64GB of inbuilt storage, expandable via microSD card (up to 256GB). Connectivity options in the smartphone include 4G LTE, Wi-Fi 802.11ac, Bluetooth v5.0, GPS/ A-GPS, USB Type-C, and a 3.5mm headphone jack. There is a fingerprint sensor at the back of the handset. Further, the Motorola One Power is fuelled by a 5,000mAh battery that is claimed to be able to deliver six hours of usage in 15 minutes thanks to the 15W TurboPower fast-charger.