Motorola One Power price in India is expected to be set at about Rs. 14,000 for the lone 4GB RAM/ 64GB inbuilt storage variant. It will be made available in India starting October this year, and Motorola emphasised to us that smartphone will be exclusive to India.

The Motorola One price has been set at an average of EUR 299 (roughly Rs. 24,800) for various markets in Europe, Latin America, and Asia Pacific, and will be made available in the "coming months", the company said. Gadgets 360 has learnt that the phone will come to India later this year, however the exact pricing and availability details haven't been revealed yet. Both phones will be upgraded to Android Pie later this year.

The Motorola One runs stock Android 8.1 Oreo, and sports a 5.9-inch HD+ Max Vision LCD panel with a 19:9 aspect ratio. The phone is powered by a Qualcomm Snapdragon 625 SoC, coupled with an Adreno 506 GPU, 4GB RAM, and 64GB of onboard storage. Storage is expandable via microSD card (up to 256GB). 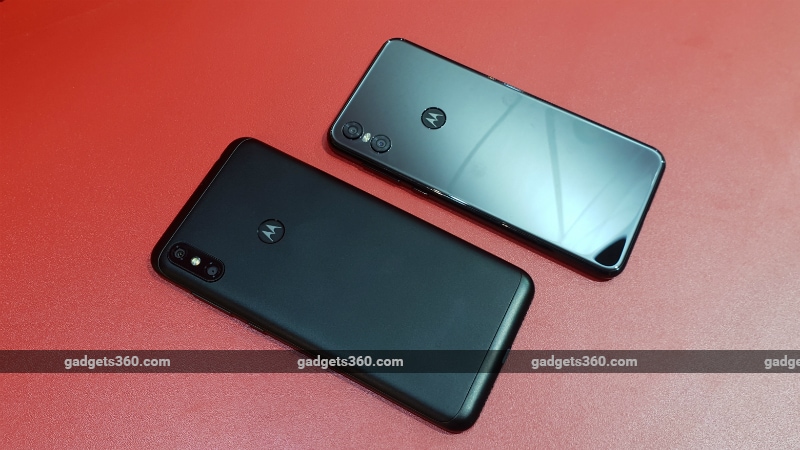 In the camera department, the Motorola One sports a dual rear camera system with two 13-megapixel sensors. On the front, the smartphone gets an 8-megapixel camera sensor. There is a 3,000mAh battery under the hood, with support for TurboPower charging. Connectivity options include 4G LTE, Bluetooth v5.0, Wi-Fi 802.11ac, USB Type-C, and a 3.5mm headphone jack. A rear-mounted fingerprint sensor adorns the back of the smartphone.

Editor's Note: The battery capacity of the Moto One Power has been corrected to 5,000mAh, as per new information from Motorola, from a previous version of this article. The error is regretted.