Motorola One Macro will go on sale starting October 12 in India.

Motorola One Macro was launched in India on Wednesday, the latest member of Motorola's smartphone portfolio in India. The Motorola One Macro, as the name clearly suggests, focuses on macro photography and comes with a dedicated macro sensor to capture close-up photos. The phone packs a 6.2-inch display with a waterdrop notch and is powered by the octa-core MediaTek Helio P70 SoC. The Motorola One Macro is claimed to have a water-repellent design and comes with an IPX2 rating. It features triple rear cameras assisted by a laser autofocus module.

Motorola has launched the Motorola One Macro in a single 4GB RAM + 64GB storage configuration priced at Rs. 9,999. The phone will only be available in a single Space Blue colour in India. It will go on sale starting October 12 at 12am (midnight) via Flipkart, the same day that the Flipkart Big Diwali sale also kicks off. Motorola One Macro launch offers include Rs. 2,200 Jio Cashback, as well as 125GB of additional data.

The dual-SIM (Nano) Motorola One Macro runs Android 9 Pie with a stock interface and features a 6.2-inch HD+ (720x1520 pixels) Max Vision display (19:9 aspect ratio) with a pixel density of 270ppi. It is powered by the octa-core MediaTek Helio P70 SoC clocked at 2.0GHz, ticking alongside the Mali-G72 GPU. Motorola One Macro packs 4GB of RAM and 64GB of inbuilt storage. 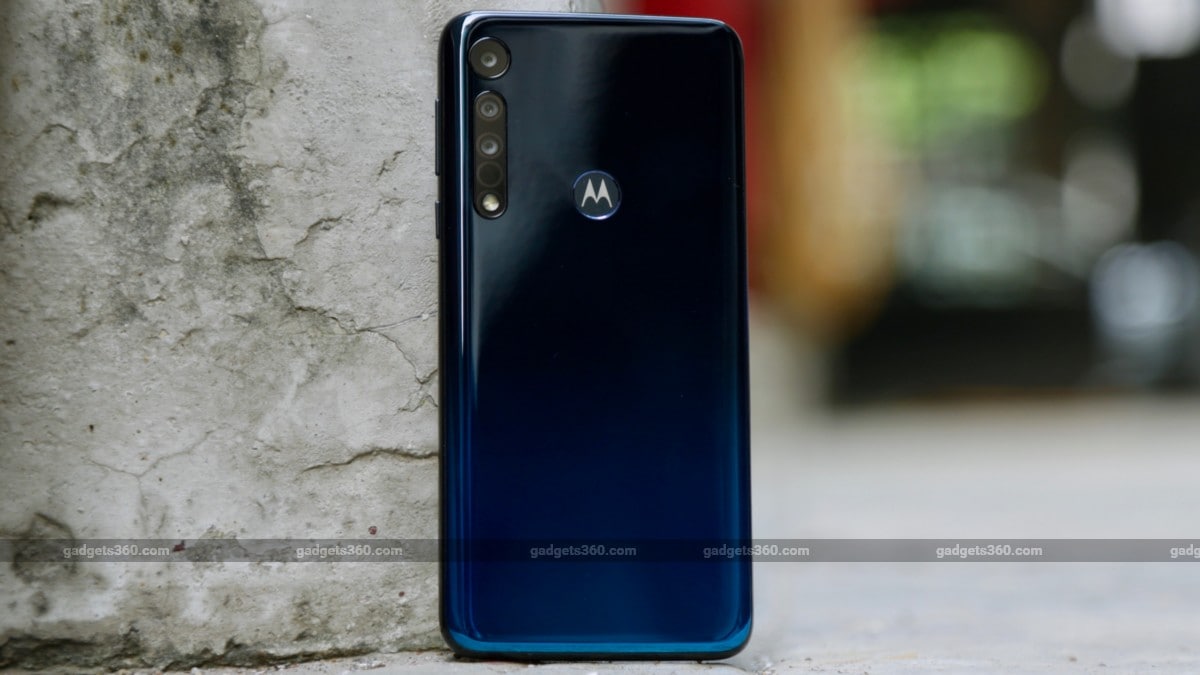 The Motorola One Macro's rear camera supports features such as 8x digital zoom, high res zoom, live filter, shot optimisation, smart composition, auto smile capture, and cinemagraph among others. It can record 1080p videos at up to 120fps. The front camera, on the other hand, offers features such as auto HDR, timer, face beauty, auto smile capture, portrait mode, and group selfie to name a few.

The onboard storage on the Motorola One Macro can be expanded via a microSD card (up to 512GB), but at the expense of dual-SIM functionality, since the phone features a hybrid slot. Connectivity options on the phone include a 4G LTE, Bluetooth 4.2, Wi-Fi 802.11 b/g/n, GPS, A-GPS, LTEPP, SUPL, GLONASS, Galileo, a 3.5mm headphone jack, and a USB Type-C port for charging and file transfer. The phone also features a rear-mounted fingerprint sensor for authentication. Motorola One Macro packs a 4,000mAh battery that can be topped off with a 10W charger supplied in the retail package. The phone's dimensions are 157.6x75.41x8.99mm and it tips the scales at 186 grams.