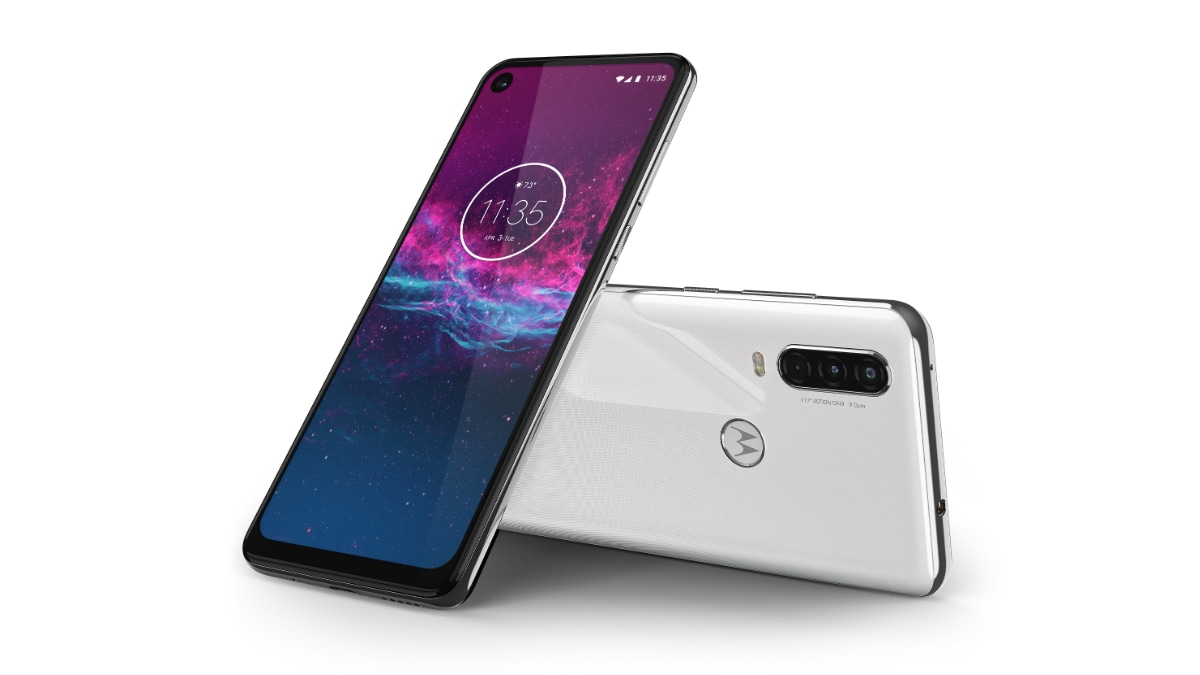 Motorola One Action comes with a hole-punch display design

The Motorola One Action price is set at EUR 259 (roughly Rs. 20,400). The handset goes on sale in Brazil, Mexico, and "various European countries" initially, though it will reach countries in Latin America, Europe, and the Asia Pacific in the coming month. The India launch of the Motorola One Action is expected to take place on August 23.

In the US and Canada, the Motorola One Action will debut in early October. Motorola through a blog post announced that while the handset will be based on Google's Android One programme in Latin America and Europe, excluding Russia, the Android One branding won't be available in the US and Canada. We can expect the India version to come as an Android One phone, though.

The dual-SIM (Nano) Motorola One Action runs Android 9 Pie and is upgradeable to Android Q and Android R alongside getting security updates for three years from the initial global launch, the company promised in the blog post. The phone features a 6.3-inch full-HD+ (1080x2520 pixels) IPS CinemaVision display. Under the hood, there is an octa-core Samsung Exynos 9609 SoC, paired with Mali G72 MP3 GPU and 4GB of RAM.

What primarily makes the Motorola One Action a distinguished smartphone in the market is its all-new triple rear camera setup that is built to capture action shots. The company has used 'Enhanced Video Stabilisation' to reduce shakes and jerks. The rear camera setup is also capable of capturing landscape videos while the phone is in the vertical position and vice versa.

The Moto One Action's triple rear camera setup consists of a 12-megapixel primary sensor that comes along with an f/1.8 lens and an action camera with 2-micron pixel size and f/2.2 lens that supports 117-degree of Field of View (FoV). Further, the camera setup includes a 5-megapixel depth sensor with an f/2.2 lens.

For selfies, the Motorola One Action houses a 12-megapixel camera sensor with 1.25-micron pixel size and an f/2.0 lens. The selfie camera supports features such as Portrait lighting, Shot optimisation, Auto smile capture, Group selfie, Portrait mode, and Cinemagraph among others.

The Motorola One Action has 128GB of onboard storage that is expandable via microSD card (up to 512GB). Connectivity options on the phone include 4G LTE, Wi-Fi 802.11ac, Bluetooth v5.0, GPS/ A-GPS, NFC, USB Type-C, and a 3.5mm headphone jack. There is also an array of sensors that include an accelerometer, ambient light, gyroscope, fingerprint reader, magnetometer, and proximity sensor.