The new leaked press renders come courtesy Nowhereelse.fr, and are in line with the previously spotted images of the Moto G (Gen 3). The images show the handset in White colour in full glory.

The front of the Motorola Moto G (Gen 3) looks largely similar to the second-generation Moto G while one major change is apparent at the back panel. The company seems to likely go for LG-like strip near the rear camera on its Moto G (Gen 3). The vertical, silver strip at the back houses the rear camera at one end and the Motorola logo at the other. A dual-LED flash is also seen placed on the strip. The new leaked press renders are largely in line with the smartphone that was also seen recently in a YouTube hands-on video. 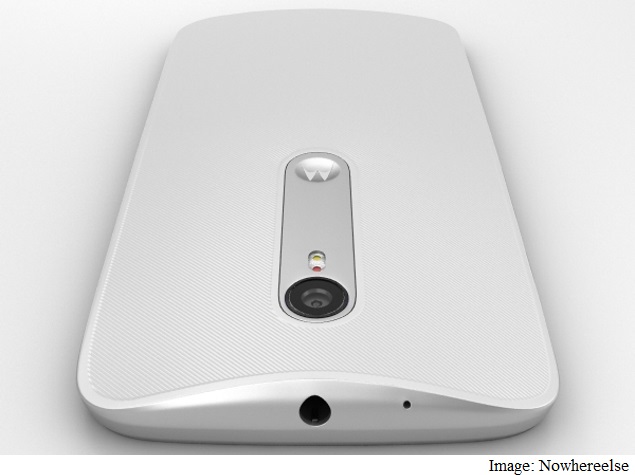 Preliminary leaks have suggested that the Moto G (Gen 3) will come with a 5-inch display; a Qualcomm Snapdragon 410 processor; 1GB of RAM, apart from 8GB of built-in storage with microSD card slot support. The smartphone is said to run Android 5.1.1 out-of-the-box. The third-generation Motorola Moto G has been rumoured to sport a 13-megapixel rear camera and a 5-megapixel front camera. Earlier leaks had claimed that the Moto G (Gen 3) would support LTE - though this might just be a variant like with previous generations.

Last week, Motorola India slashed the price of the Moto G (Gen 2), making the smartphone Rs. 3,000 cheaper than its launch price. The Motorola Moto G (Gen 2) (Review | Images) is now available at a price of Rs. 9,999, down from its launch price tag of Rs. 12,999. It's worth noting that this was the first permanent price cut of the second-generation Moto G since its launch in September last year.