The LTE (Band 7) variant of the Motorola Moto G (Gen 2) is listed on the firm's site to weigh slightly more than the 3G version at 155 grams, feature a bigger 2390mAh battery, and come only in a 16GB model (though with expandability via microSD card). 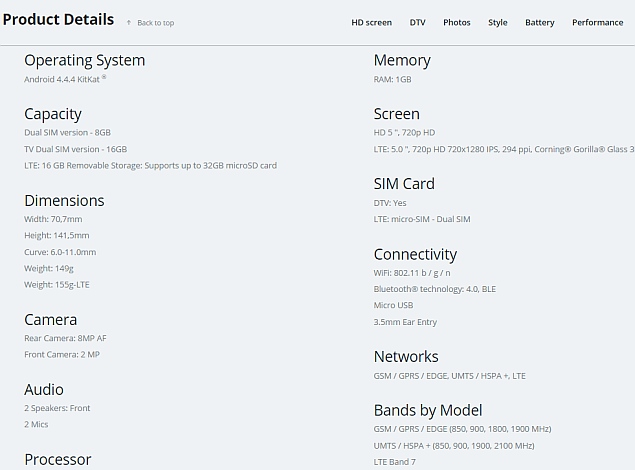 The 3G variant of the Moto G (Gen 2) had its global launch in India back in September, and it was priced at Rs. 12,999. Notably, the Moto G (Gen 2) has not yet been listed for purchase by the company on the Brazil site, with the DTV (Digital TV) variant listed at BRL 799 (roughly Rs. 18,900), and the regular 3G variant listed at BRL 729 (roughly Rs. 17,200). It is not yet known if an LTE model will arrive in a similar configuration for global markets.