Moto E6s price in India is set at Rs. 7,999, and it is powered by the MediaTek Helio P22 SoC. It will be offered in two colour options.

Motorola has launched a new affordable Moto E-series smartphone in India – the Moto E6s. The Moto E6s is basically a rebranded version of the Moto E6 Plus that was introduced at IFA 2019. The phone is powered by the MediaTek Helio P22 SoC and runs Android 9 Pie with a stock interface. It is the first phone in the Moto E series to pack dual rear cameras, and it comes with a removable back cover as well as battery. The Moto E6s features a 6.1-inch display with a waterdrop-style notch - another first for the series - and comes in two colour options with a glossy finish.

The Moto E6s has been priced at Rs. 7,999 for the sole 4GB RAM/ 64GB inbuilt storage variant. The new Motorola phone comes in Rich Cranberry and Polished Graphite colour options. It will go on sale starting September 23, and will be available via Flipkart. As for Moto E6s launch offers, the smartphone will get Rs. 2,200 Jio cashback and Cleartrip vouchers worth Rs. 3,000.

The dual-SIM (Nano + Micro) Moto E6s runs Android Pie with a stock interface, but Motorola is yet to confirm whether the affordable phone will be upgraded to Android 10. It features a 6.1-inch HD+ (720 x 1560 pixels) display with a waterdrop notch, 19.5:9 aspect ratio, and 80 percent screen-to-body ratio. The phone is powered by the octa-core MediaTek Helio P22 processor clocked at 2.0GHz paired with up to 4GB of RAM. 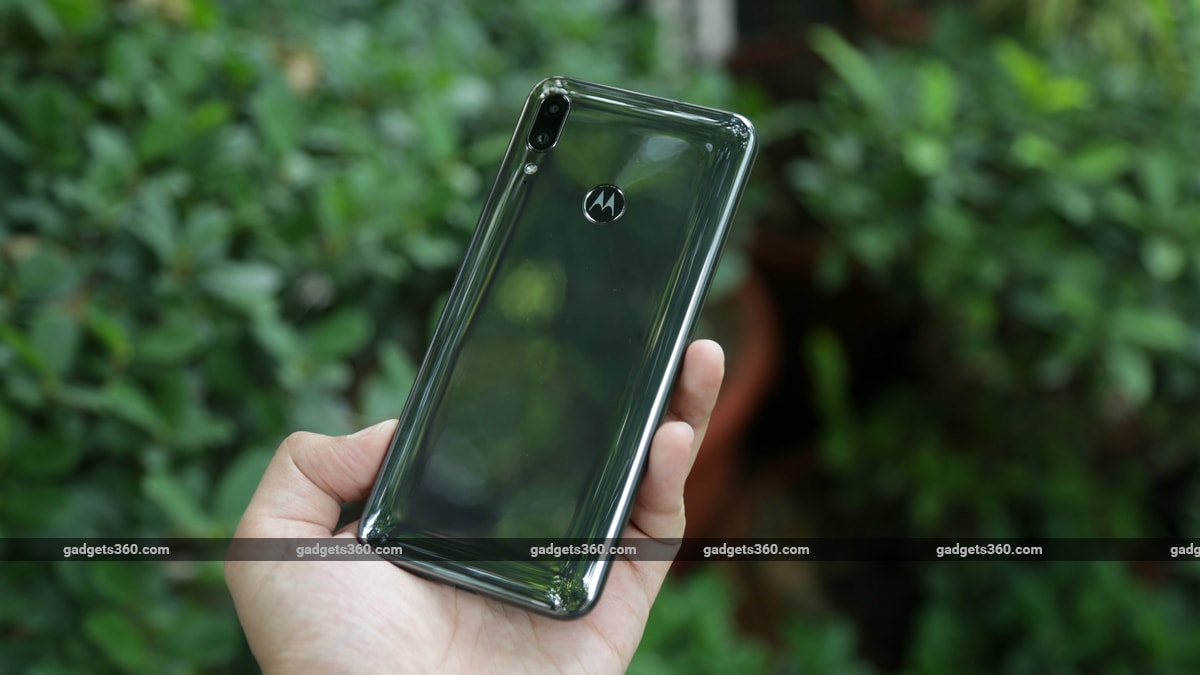 Connectivity options on the Moto E6s include 4G LTE, Bluetooth 4.2, Wi-Fi 802.11 /b/g/n, GPS, A-GPS, GLONASS, and Galileo. There is also a rear-mounted fingerprint sensor for authentication. Onboard sensors include proximity sensor, accelerometer, and an ambient light sensor. Moto E6s comes equipped with a 3,000mAh battery and supports 10W charging that is facilitated by the supplied charger. The phone measures 155.6 x 73.6 x 8.6 mm and tips the scales at 149.7 grams.