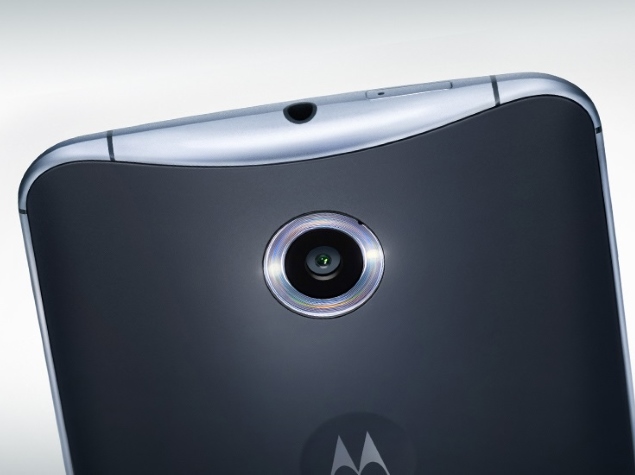 Motorola is secretly working on a new phablet device that's very similar to the Nexus 6, according to insider sources.

The alleged Motorola Droid phablet will use the same physical structure as of the Google Nexus 6 (Review | Pictures) made by Motorola, reported Droid Forums citing Motorola insider sources. It further noted that the device will sport improved specifications and "could be the first 6-inch Droid phablet to hit Verizon."

Though it is speculated to sport the same 5.9-inch Quad-HD (1440x2560 pixels) display as the Nexus 6, it is said to ship with the next-generation 64-bit Qualcomm Snapdragon 810 processor; 4GB of RAM; and a massive 4000mAh battery.

The report notes, the tipster suggested that the device could launch sometime in the middle of 2015, and there is a chance that it might end up being a non-Nexus branded Motorola alternative rather than a Droid smartphone.

While it seems like a little bit of wild speculation to us, it somewhat coincides with Motorola's leaked smartphone roadmap for 2014 which in August had indicated the company is working on eight new devices.

The leaked roadmap had mentioned sevral Motorola devices, out of which many have come to existence, but one device in particular seems to be the one Droid Forums is referring to - the Moto S without Nexus branding.

The report citing insider sources had claimed that if the Moto X successor with a 5.2-inch display does not perform well in terms of sales, then Motorola might scrap the alleged Moto S with a 5.9-inch display display and will instead launch a 5.2-inch Moto X Play as Moto S.

This did not make sense back then, and now either, because if Moto X (Gen 2) with 5.2-inch display isn't working for the company, it is more likely that Moto X Play could get scrapped for the large screen Motorola Moto S. Notably, the Nexus 6 unit reviewed by NDTV featured a Moto S sticker on top.
Advertisement