Motorola Edge+, the next-generation flagship by the Lenovo-owned company, has been leaked through some renders ahead of its official launch. The fresh renders suggest the key specifications of the Motorola phone and show a curved display panel along with a hole-punch design -- almost similar to what we saw earlier. The renders also suggest the back of the Motorola Edge+ that appears to have a triple rear camera setup. The Motorola Edge+ was originally expected to launch at the Mobile World Congress (MWC) in Barcelona last month. However, since the trade show got cancelled due to the coronavirus outbreak, Motorola may host an online launch in the coming days.

Reputed tipster Evan Blass has posted the renders purportedly showing the Motorola Edge+ through his Twitter account @evleaks. The renders suggest the design of the new smartphone from all corners and hint at the presence of a 108-megapixel primary camera. The phone also appears to have dual optical image stabilisation (OIS) support and may include laser autofocus alongside a dual LED flash. Furthermore, the renders show the phone with the triple rear camera setup.

The back panel shown in the renders has a gradient finish in two distinct colours. The renders also a USB Type-C port, a SIM tray, and a 3.5mm headphone jack on the smartphone. Further, there are two dots at the back panel that could be used for noise cancellation and stereo audio recording. 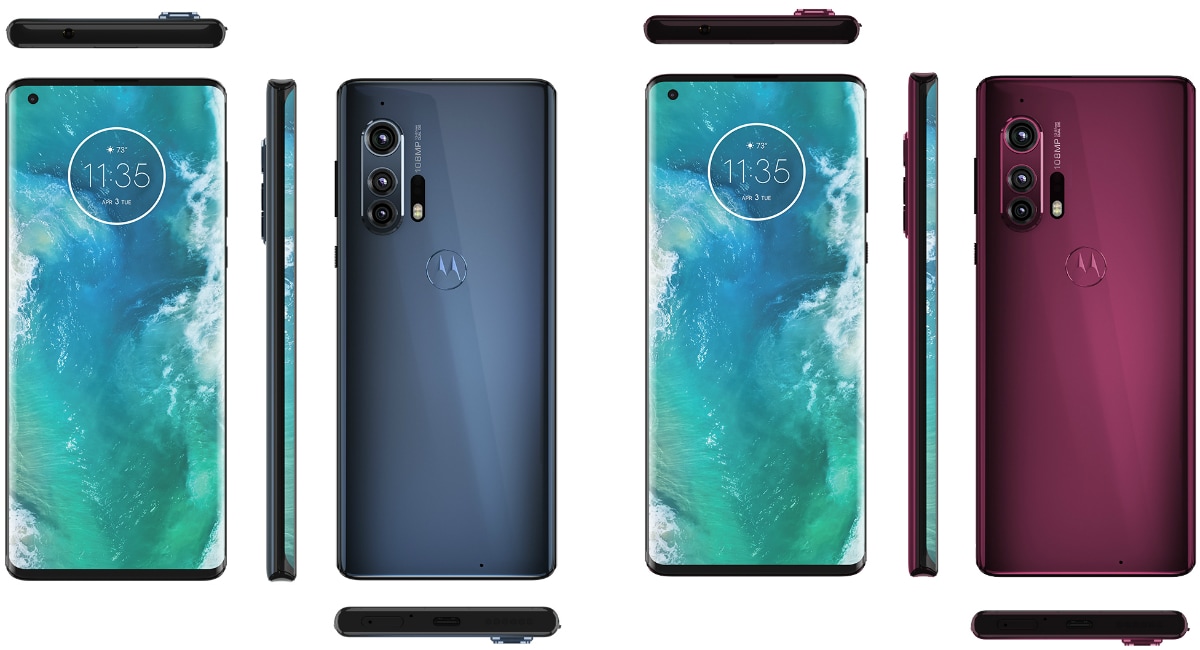 At the front, the Motorola Edge+ appears to have the curved, dual-edge display along with the hole-punch design. The phone is also likely to have an in-display fingerprint sensor.

The fresh renders overall look similar to the ones emerged recently. The smartphone is rumoured to come in 8GB and 12GB RAM options and run Android 10 out-of-the-box. Further, it would include a 5,170mAh battery.

Earlier reports claimed Qualcomm Snapdragon 865 SoC on the Motorola Edge+. However, some recent revelations suggested the availability of the Snapdragon 765 SoC.