Motorola is also prepping to launch a mid-range phone that might debut as the Motorola One 2020. 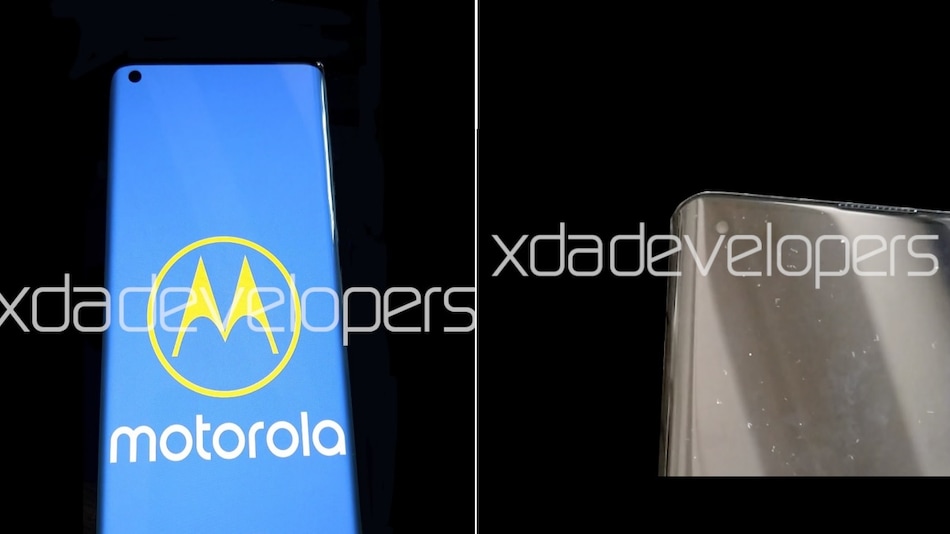 Motorola recently confirmed that the company will soon launch phones powered by Qualcomm's flagship Snapdragon 865 SoC and the mid-range Snapdragon 765 SoC. Rumours of a Motorola flagship touted to debut as Motorola Edge+ have been swirling around for a while, and now, we might have our first look at it. Alleged live images of Motorola's upcoming phone have surfaced online, and they reveal a dramatically curved display with a hole-punch camera. Additionally, some of the key specifications of Motorola's upcoming flagship have also surfaced online.

The leaked images and specifications come courtesy of an XDA-Developers report. The upcoming Motorola flagship phone is reportedly codenamed ‘burton' or ‘racer turbo'. It will be powered by the Qualcomm Snapdragon 865 SoC and will reportedly come in 8GB and 12GB RAM variants. The phone will come equipped with a 5,170mAh battery, but there is no word on fast charging output. It is said to run Android 10, most likely with a stock interface with a few in-house tweaks.

Talking about the leaked images, they show a dramatically curved panel, the likes of which we have earlier come across on the Vivo Nex 3 and the Huawei Mate 30 Pro. But there are a couple of differences – the Motorola phone's display slopes more gently towards the edges and it retains the physical volume buttons as well. It will reportedly pack a 5,169mAh battery, but fast charging output is not confirmed.

There is a single front camera housed in a hole-punch placed at the top-left corner, while the panel has full-HD+ (1080 x 2340 pixels) resolution with a 6.67-inch diagonal. However, the size of the hole-punch is noticeably smaller than those on the Motorola One series phones. The report says that the Motorola flagship might eventually debut as ‘Motorola Edge+' in the US market. The upcoming phone will come with a handful of new software features such as Moto Edge Assistant, Moto Gametime, and Moto Audio.

Motorola also has a mid-range phone in the pipeline with the codename ‘racer 5G', and it might eventually debut as the Motorola One 2020. This phone is said to pack a 6.67-inch curved full-HD+ (1080 x 2340 pixels) display. The Motorola offering will reportedly be powered by the Snapdragon 765 or its gaming-centric Snapdragon 765G sibling. It will be paired with 6GB of RAM, 128GB of internal storage, and a 4,660mAh battery. The mid-range Motorola One 2020 is said to pack a 48-megapixel camera with NFC support and Android 10 on the software side.