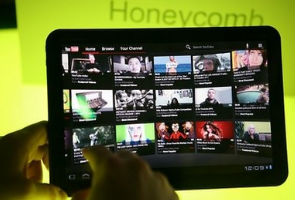 Highlights
Less than six months after taking over as chief executive, Google co-founder Larry Page has placed the Internet giant's most audacious wager yet.

The $12.5 billion acquisition of Motorola Mobility dwarfs Google's previous purchases and thrusts a company that has made its fortune in Internet search and advertising into an entirely new arena -- hardware.

The Illinois-based Motorola Mobility makes mobile phones, tablet computers and TV set-top boxes -- areas where the Silicon Valley-based Google has no experience other than writing the software to power the devices.

Integrating an 80-year-old company with 19,000 employees and manufacturing plants around the world will pose a serious challenge and technology analysts are divided on whether Google can carry it off.

Whether it does or not, analysts are unanimous in saying that the bold move by the 38-year-old Page, who replaced Eric Schmidt as Google's chief executive in April, has changed the landscape of the booming mobile industry.

"The repercussions are huge," Gartner research director Michael Gartenberg told AFP. "It shows that it's so hard to look at this market beyond the short term because we've seen so many twists and changes.

"Palm went from irrelevant to being bought by Hewlett-Packard, Nokia was on the ropes and suddenly you have a new CEO and a very close relationship with Microsoft." Gartenberg said the Motorola Mobility purchase gives Google the "opportunity to pursue their pure vision of Android," the mobile operating system it currently licenses to handset manufacturers around the world.

"It shows they understand the importance of vertical integration, end-to-end hardware and software," Gartenberg said. "A lesson that Apple, RIM (Blackberry maker Research In Motion) and HP have already learned."

Google has the resources to "shake up everyone else's business model if they so choose," he said.
"Google can now undercut everyone if they choose in terms of premium handset pricing, go to the carriers with a different set of terms.

"Former Wall Street analyst Henry Blodget, editor-in-chief of the Business Insider website, was among those expressing doubt about the wisdom of the deal.

He noted that it gives Google a much-needed portfolio of patents to protect Android from lawsuits but said it will be a "colossal disaster" unless Google "quickly sells off Motorola's hardware businesses."

"Google is a massive global software company with huge profit margins, genius engineers, extraordinarily high pay scales and a near-monopoly on the most amazing advertising business the world has ever seen," Blodget wrote. "Motorola is a has-been, low-margin, global hardware-manufacturing business that operates at break-even."

According to Blodget, "mergers of this size rarely work well (or smoothly), even when managed by companies that are very experienced at making huge acquisitions (which Google isn't)."Google's largest previous purchaseswere online advertising firm DoubleClick for $3.1 billion and YouTube for $1.65 billion."

As for Wall Street, investors also appeared to be initially skeptical of the Motorola Mobility acquisition.

Google shares lost 1.16 percent in New York on Monday and shed another 3.27 percent on Tuesday to close at $539.00.Standard & Poors, meanwhile, downgraded its opinion of Google shares on Tuesday to "sell" from "buy" saying the Motorola Mobility purchase poses a "risk to the company and stock."

S&P said the acquisition could "negatively impact Google's growth, margins and balance sheet," and cut its 12-month target price to $500 from $700
Comments