A first look at the Moto Z3 Play has been revealed. From what seems like internal Lenovo documentation, images of the Moto Z3 Play have allegedly obtained alongside an upcoming 5G Moto Mod. The Moto Mod was previously rumoured to be unveiled at Mobile World Congress 2018 earlier this year. Separately, the Moto G6 Plus - the most premium variant in the brand's latest Moto G6 lineup - might be getting an upgrade in terms of RAM and storage, if certain reports are to be believed.

A report by XDA Developers claims to have obtained internal promotional documents from Lenovo. These screenshots give us a front and side look at the upcoming Moto Z3 Play. The Moto Z2 Play successor is expected to feature a side-mounted fingerprint sensor on the right, with volume controls on top.

The photos in the leaked internal documents also reveal an upcoming Moto Mod that will supposedly add 5G functionality to Moto Z series smartphones. However, we might have to wait till launch for updates on the functionality of the same. 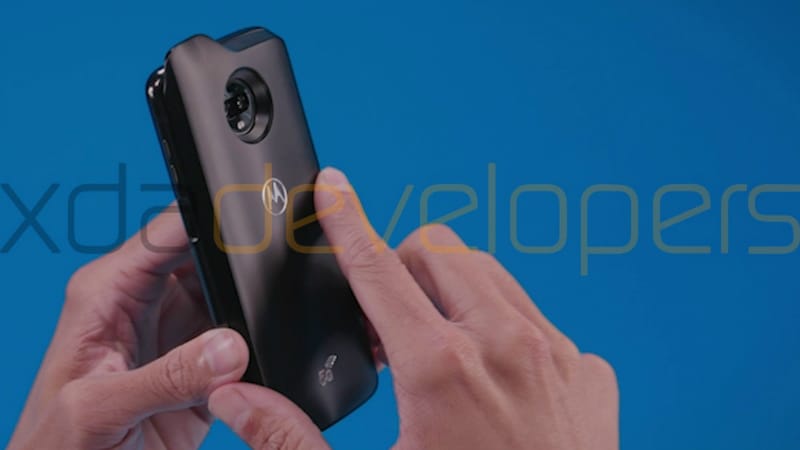 Separately, Lenovo-owned Moto may unveil a beefed-up Moto G6 Plus in the near future, as per a report. According to a live image reportedly obtained from AIDA64 by 91Mobiles, the new Moto G6 Plus is seen to sport an "sdm660" SoC, which is a reference to the Qualcomm Snapdragon 660 SoC. Apart from that, the report reveals that this variant will arrive with 6GB of RAM compared to 4GB on the previous one. And, while the image shows only a 64GB inbuilt storage variant, there could be one with 128GB of storage.

Rest of the specifications are expected to stay the same on the Moto G6 Plus. It sports a 5.93-inch full-HD+ (1080x2160 pixels) display with an 18:9 aspect ratio. On the back, the handset sports a dual camera setup with a 12-megapixel and a 5-megapixel sensor with Dual Pixel autofocus. On the front, there is a single 8-megapixel selfie camera.

There is a 3200mAh battery under the hood, which supports Motorola's TurboPower adaptor. As for the connectivity, the Moto G6 Plus brings 4G LTE, Wi-Fi, Bluetooth 5.0, USB Type-C, 3.5mm headphone jack, and NFC to the table.