The leaked images, posted on Instagram by tecduos, show the Moto Z2 Play's alleged retail box with bright red colour and also the smartphone itself with a specification sticker on top of it, as pointed out in a report by DroidHolic. As per the leaked specifications from the live images, the Moto Z2 Play will come with support for Moto Mods, just like its predecessor. Further, the smartphone has been tipped to sport a 5.5-inch full-HD (1080x1920 pixels) display. 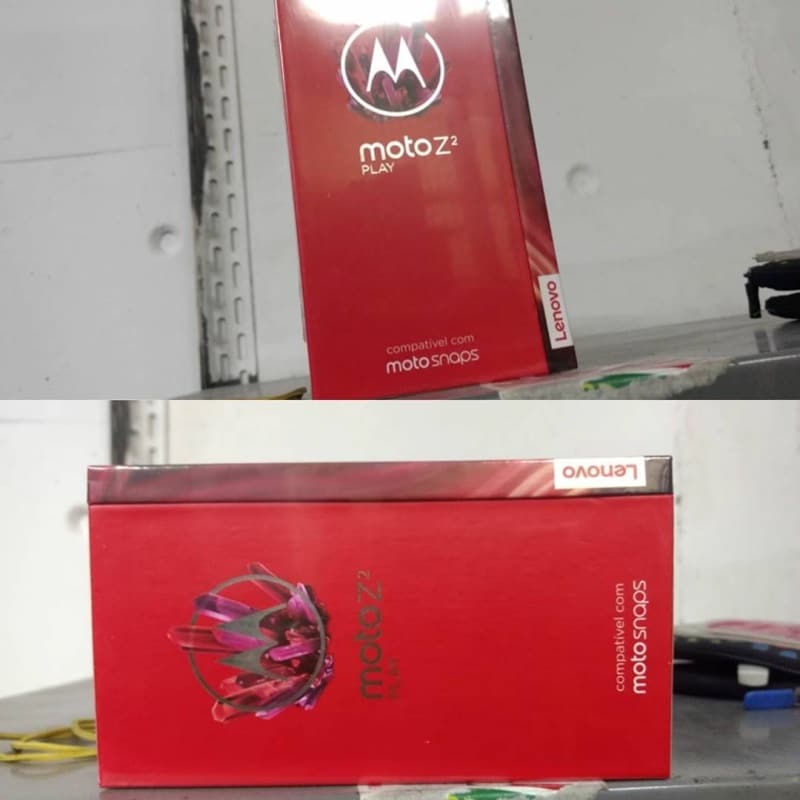 The leaked live images suggest that the phone will feature a 12-megapixel sensor at the back, with support for Dual Autofocus Pixel and Laser Autofocus. The Moto Z2 Play has been tipped to pack 4GB of RAM and feature 64GB of built-in storage in the new images. The company has officially confirmed that the Moto Z2 Play will come with a 3000mAh battery, a major downgrade from 3510mAh battery on Moto Z Play.

In terms of design, there is literally nothing new from the earlier leaks as the smartphone can be seen sporting the same camera sensor as the previous leaks with dual LED flash support. At front, we have an oval-shaped home button with fingerprint scanner embedded in it. The retail box can also be seen carrying a Turbo charger and a USB to Micro-USB cable and a standard set of earphones as well in the leaked live images.