The Moto Z and the Moto Z Play come with Moto Mods, a modular system that lets users extend the functionality of the smartphone. Lenovo has also unveiled a new Moto Mod developed with Hasselblad, called the True Zoom, which extends camera capabilities of the Moto Z family. The new products were unveiled at the sidelines of IFA 2016 in Berlin on Wednesday, and they will be on display at the company’s booth at the exhibition.

The Moto Z Play features a 5.5-inch full-HD Super Amoled screen, and is powered by the Qualcomm Snapdragon 625 SoC with 3GB of RAM and 32GB of internal storage. It also has a 3510mAh battery, a 16-megapixel primary camera and a 5-megapixel secondary camera. Lenovo has also stated that the Mods are designed to work with all variants of the Moto Z, including the Moto Z Play and the currently Verizon-exclusive Moto Z Force smartphones. They will also be compatible with up to three future generations of Moto Z smartphones. 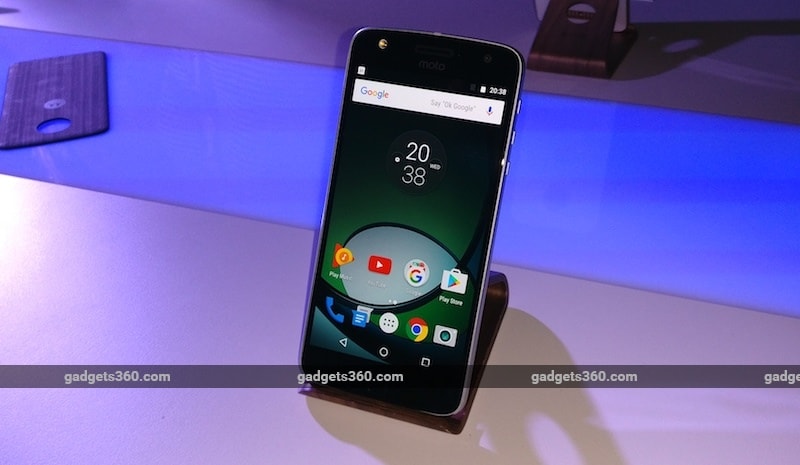 The Hasselblad True Zoom Mod is a big boost to the Moto Mods system, allowing users to enhance the camera capabilities of the smartphone with an easy-to-attach accessory. It features a 13-megapixel sensor, 10X optical zoom, xenon flash, auto back-up of pictures and the ability to shoot in RAW format. It has a dedicated shutter button and a control for zoom as well, allowing you to shoot without physically interacting with the phone’s screen. Additionally, the Mod uses the phone’s standard camera app, which can detect the presence of the Hasselblad mod and provide the additional controls and features directly on-screen.

The Hasselblad True Zoom Moto Mod is the latest addition to Lenovo's approach to modular smartphones, adding to the existing Mods that were announced earlier this year. This includes the JBL SoundBoost which adds improved sound to the phone, Insta-Share projector, Incipio OffGrid Power Pack that adds a 2200mAh battery to the device, and Style Shells which change the look and texture of the phone.

All of the products in the Moto Z and Moto Mods are expected to go on sale in September, but no specific pricing or availability details have been shared for India as yet.

Further reading: Moto Z Play, Moto Z Play Price, Moto Mods, IFA, IFA 2016
Ali Pardiwala Email Ali Ali Pardiwala writes about audio and video devices for Gadgets 360 out of Mumbai, and has covered the industry for a decade now. Ali is a Senior Reviewer for Gadgets 360, where he has regularly written about televisions, home entertainment, and mobile gaming as well. He is a firm believer in 4K and HDR on televisions, and believes that true wireless earphones are the future of the personal audio industry. Ali is available on Twitter as @AliusPardius and on email at alip@ndtv.com, so do send in ...More
Asus ZenWatch 3 With 1.39-Inch Circular Amoled Display Launched at IFA 2016
Samsung Gear S3 Classic, Gear S3 Frontier Smartwatches Launched at IFA 2016