Lenovo-owned Motorola has been known as one the rare OEMS that is fairly prompt in updating its range of smartphones to the latest Android version. Moto Z Play, launched in India back in October 2016 with Android Marshmallow, has now started receiving the Android 8.0.0 Oreo update in India, users report. This is an OTA download with a file size of approximately 1100MB. The phone was last updated to Android 7.1.1 Nougat back in August last year.

As we mentioned, users from India are reporting the rollout of Android Oreo on Moto Z Play units. The update is said to include the latest April Android security patch and certain stability improvements. Apart from that, it brings several core Oreo features such as Picture-in-Picture (PiP), adaptive icons, Autofill, better notification channels, and smart text selection. 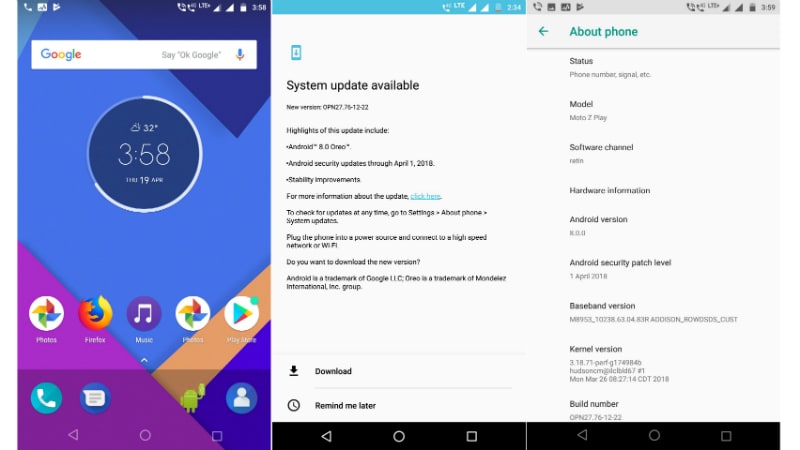 To briefly recap, the Moto Z Play sports a 5.5-inch full-HD Super AMOLED display, and is fuelled by a Qualcomm Snapdragon 625 SoC, paired with 3GB of RAM and 32GB of inbuilt storage. In terms of optics, the handset bears a 16-megapixel rear camera with laser autofocus, PDAF, f/2.0 aperture, and a dual-LED flash. On the front, the smartphone sports a 5-megapixel selfie camera for selfies and video calling.