Lenovo brand Moto has reportedly begun rolling out the Android 7.1.1 Nougat update for its almost year-old modular smartphone, Moto Z. According to a report, the Android 7.1.1 Nougat update is currently rolling out for the users in Hong Kong and Indonesia. The update is being rolled out over-the-air (OTA) and includes Google Duo video calling app and Android Security updates for July.

The Moto Z is Lenovo's first modular smartphone that was launched last year and it came with Android 6.0 Marshmallow pre-installed. TechDroider reports that the Android 7.1.1 Nougat update for Moto Z changes the firmware version of the smartphone to NPL26.118-20. Although the size of the update is not mentioned, it packs July Android Security updates for the device. Besides, the icons have now got a rounded touch to them along with app shortcuts and improved Doze feature. 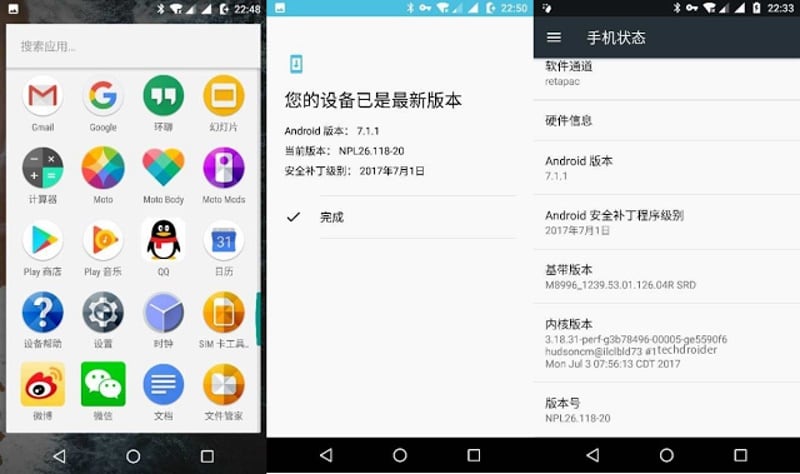 While the Android 7.1.1 Nougat update for Moto Z is initially rolling out in Hong Kong and Indonesia, Moto is expected to widen the rollout in the coming weeks. Moto has detailed instructions on the update screen of Moto Z that says there should at least be 50 percent battery available before the updation process starts. To update, users need to go to Settings > About Phone > Software Updates to check if there's an update available or not.

For the specifications, the Moto Z features a 5.5-inch QHD AMOLED display, and is powered by a Qualcomm Snapdragon 820 SoC coupled with 4GB of RAM, and a choice of 32GB or 64GB of storage, which is expandable via microSD card (up to 2TB). The smartphone bears a 13-megapixel rear camera with optical image stabilisation (OIS) and laser autofocus, and 5-megapixel front-facing camera with a wide-angle lens and a front flash. It also sports a water-repellent coating. The company says the smartphone's 2600mAh battery can deliver up to 30 hours of battery life, with TurboPower charging to give 8 hours of battery life in 15 minutes.