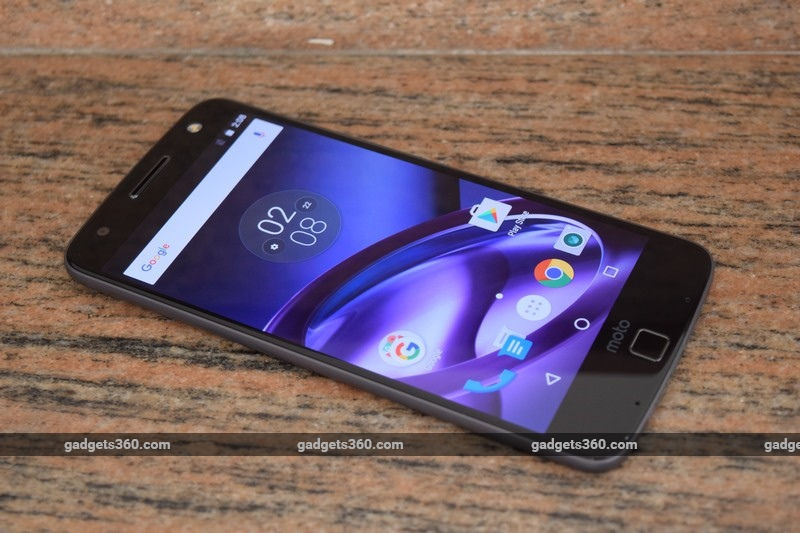 After launching the Moto Z smartphone with Moto Mods last year, it looks like Motorola is ready with its next iteration of the premium smartphone. The company reportedly gave a sneak peek of the Moto Z (2017) at the recent MWC 2017 when it was showcasing new Mods and more recently was hinted at during Sprint's Gigabit Class LTE service display on Thursday.

One of the most notable changes seen from the images that have circulated online is the new oval shaped fingerprint sensor. Meanwhile, the form factor largely remains the same, which is expected since it has to support current and future Moto Mods. This means that you can expect the next flagship to sport a 5.5-inch display similar to last year's model. An image from the MWC event, complete with a Gamepad mod, was spotted by Android Central, while another image from the Sprint launch was tweeted by WirelessWorld editor Diana Goovaerts,

With the device expected to fall in the premium category, the upcoming Moto flagship will look to boast of top-of-line specifications that include Qualcomm's latest Snapdragon 835 SoC. The device will also look to maintain the slim metal slab design of the original.

The device that was used to showcase Sprint's Gigabit LTE service was pictured running Snapdragon 835. The alleged Moto Z (2017) smartphone was encased and covered from the edges making it difficult to confirm whether it was in fact the Moto Z (2017).

To recall, last year's Moto Z featured a 5.5-inch QHD AMOLED display, and was powered by a Qualcomm Snapdragon 820 SoC coupled with 4GB of RAM. The device was touted as the thinnest premium smartphone in the world at 5.2mm. The flagship came with 13-megapixel rear camera with optical image stabilisation (OIS) and laser autofocus, and 5-megapixel front-facing camera with a wide-angle lens and a front flash.