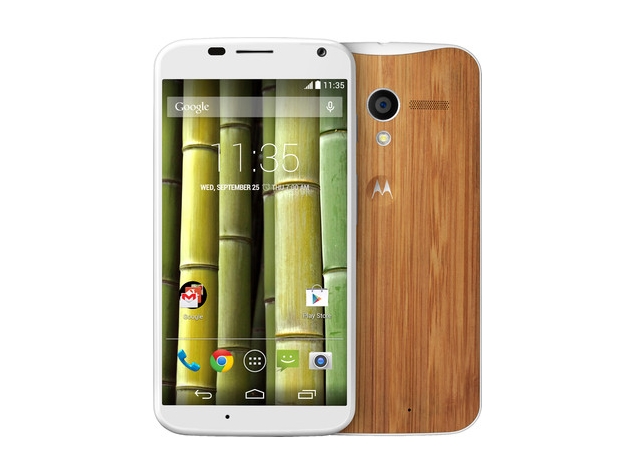 The Moto X with Bamboo rear finish is now available on Flipkart, priced at Rs. 24,999. Bamboo, the new wood back option for the Moto X, joins the existing Teak and Walnut versions also available on the e-commerce website.

The Moto X was launched in India at Rs. 23,999 in March. The Moto X launch came a few weeks after the successful launch of the budget smartphone Moto G (Review | Pictures) in the country, also via Flipkart.

The Moto X, a customisable Android smartphone, was launched in August last year and was initially available in US only. The smartphone natively ran Android 4.2 Jelly Bean; however Motorola rolled out the Android 4.4.2 KitKat update for it in November last year.

The highlight of the Moto X is its software features like Active Display, Touchless Control, Quick Capture Camera, and customisability.

Earlier this month, Flipkart, the exclusive online partner of Motorola in India, offered the Moto X at Rs. 19,999 under an exchange scheme.

Recently, Motorola launched its newest budget smartphone, the Moto E, in India, and it has already created a buzz in the market with its impressive pricing. It is also one of the first smartphones in the sub-Rs. 10,000 category to run Android 4.4 KitKat out-of-the-box.

Ever since the Moto E debuted in India via Flipkart, there have been multiple instances that the handset has gone 'out of stock' and came back 'in-stock'.