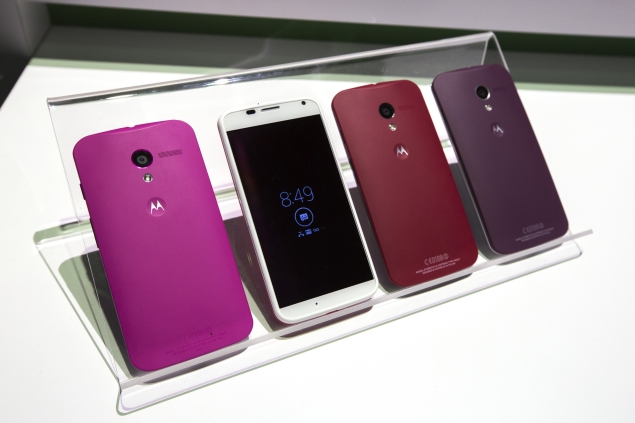 Motorola, in an attempt to woo its customers in the new year, has permanently slashed the pricing of the Moto X.

Motorola on Wednesday announced that its flagship smartphone, the Moto X will now be available at a starting price of $399 on any major US carrier, without a contract.

Motorola's SVP Product Management, Rick Osterloh in a blog post confirmed the news and said, "We've been hearing a lot recently from people who want a new premium smartphone at a reasonable price without having to wait for a contract upgrade. That came through especially loud and clear during our holiday flash sales. So, from today (Wednesday) forward we're offering Moto X at an everyday starting price of just $399 on any major US carrier, without a contract. This includes customized devices." The blog post clearly confirms that the new price will be applicable to the customised Moto X units also.

The Motorola Moto X will now be available at $399, down from the previous price tag of $579 for an off-contract, unlocked unit.

The Moto X features a 4.7-inch display with a resolution of 720x1280 pixels. It is powered by a 1.7GHz dual-core Qualcomm MSM8960Pro Snapdragon processor along with 2GB of RAM. There is 16GB of inbuilt storage. It also sports a 10-megapixel rear camera accompanied by an LED flash and a 2-megapixel front-facing camera. The Moto X also features a shake gesture that directly opens the phone's camera app. Users can customise the body of the Moto X and choose from 18 back covers, different colour accents for the ring around the camera lens, accents around the volume and on-off buttons and get a personal message etched at the back of the phone.