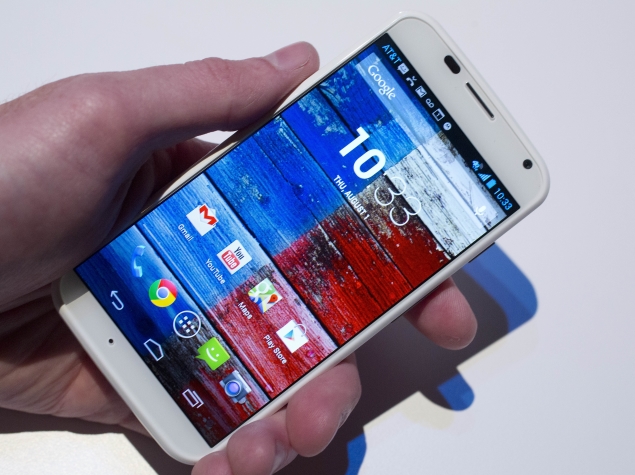 Late last month, Motorola said that the Moto X was headed to India and Australia within 'next few weeks'. Now, Flipkart, which exclusively launched the Motorola Moto G in India, has confirmed that the 'Moto X is coming soon'. The tweet also promises exciting launch day offers, similar to ones seen with the Moto G India launch in February.

While there is no official word from Flipkart on the exact launch date, NDTV Gadgets has learnt from its sources that the Moto X is likely to go on sale next week, starting 19 March.

Motorola launched the Moto X back in August last as an Android smartphone that users can customise via its website called Moto Maker. Flipkart confirmed in response to a query that users in India will not get a chance to customise their phone, and said the phone "will come with a fixed set of five colours & two wood variants."

The Moto X features a 4.7-inch display with a resolution of 720x1280 pixels. It is powered by a 1.7GHz dual-core Qualcomm MSM8960Pro Snapdragon processor along with 2GB of RAM. There is 16GB of inbuilt storage. It also sports a 10-megapixel rear camera accompanied by an LED flash and a 2-megapixel front-facing camera.