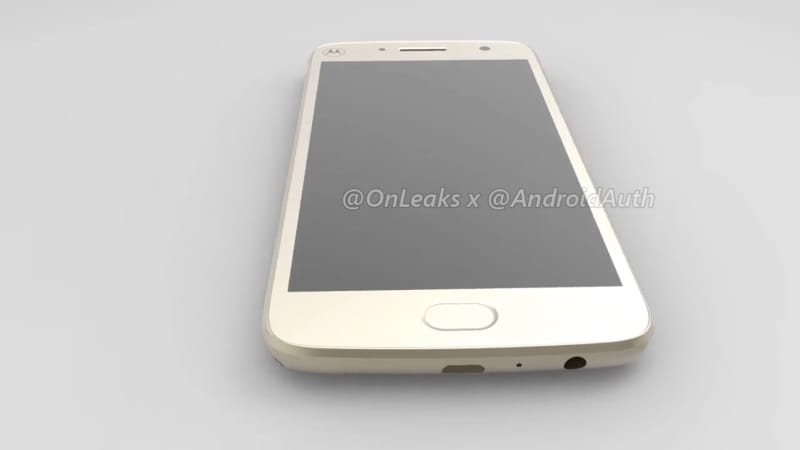 Earlier last month, Lenovo's alleged Moto X (2017) smartphone was leaked in a series of images that surfaced online. Now, renders and a 360-degree video of the alleged phone have popped up and suggest that the upcoming Moto phone might lack support for Moto Mods but will feature the Micro-USB port and headphone jack, unlike company's current flagship Moto Z.

As per the renders and the video, leaked by Android Authority and Steve Hemmerstoffer (also known as @OnLeaks), Moto X (2017) will not feature the pogo pins that can allow mods to be attached to the phone. Interestingly, the phone has been tipped to sport a pill-shaped fingerprint scanner on the home button instead of a square-shaped one. It is also tipped to forego the USB Type-C port.

The alleged Moto X (2017), name still not confirmed, has been tipped to measure 150x73.8x 8.4mm and sport a 5.2-inch display. However, the phone is not expected feature anything fancy in terms of camera department or speakers, as pointed out by Android Authority. Considering the dimensions of the phone, it might feature a large battery as well.

In the meanwhile, another report citing fan club HelloMotoHK claims that the leaked renders are not of Moto X (2017) but of a phone that passed FCC regulation some days ago and has been codenamed 'CEDRIC'.

If leaked renders do belong to the Moto X (2017), the future of this series of smartphones might come into question going forward as the company seems to have done nothing out-of-the-ordinary with design and specifications.

As Lenovo has been pushing for Moto Mods recently, the leaks don't shed a positive light on the future of Moto X smartphone series. The company recently partnered with Indiegogo to help developers fund their ideas for Moto Mods. It even said that if an idea for Moto Mods really impresses it, Lenovo Capital has set aside $1 million (roughly Rs. 6.67 crores) to ensure that this idea is transformed into an actual mod for the phones.